Being in the zone is one of the greatest feelings in the world. Everything you chuck up has an increased probability of going in for some reason. Is it just perception? No, because the numbers bear it out. Is it some feeling or boost you get from confidence? Are the muscles and synapses firing faster and more efficiently to allow for greater accuracy? Are the stars aligned? Is the code in the matrix error-free? Whatever the case may be, it is amazing and I want it all the time. Unfortunately, that isn’t possible, and even if it was, then the script would flip because then the zone would be about missing a shot because we would be so accustomed to making everything. Ah, the conundrums of living. Last night, Landry Shamet was on one.

Got the start for James Harden and played 30 minutes.

All the numbers in that stat line are flat. Maybe Kyrie is onto something.

Ariza is so old that he’s outlasted the Energizer bunny. Damn, he’s only 35 years old? Anyways, he’s been playing 30.7 minutes over the last four games and been a top 45 player. He’s contributing a little something something in every cat.

If I accidentally slip one past the goalie, I’m naming the next kid Bam, regardless of gender. Good thing I’m married with two kids and….What is sex?

The shooting efficiency has been rough (sub-40% over the last six games) but he’s been providing some points, tres, boards, dimes, and steals in 26 minutes per game.

Zion, bored of hitting on all the virgins in heaven, decided to come down to earth and play ball. Just not fair. At least he could’ve taken the body of Spud Webb or something. Whoa, now I wonder which god did that back in the day?

Why the hell is Bledsoe taking 20 shots? Ahhh, Thibs is a genius. 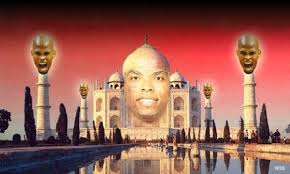 One of the ancient wonders of the world is still playing and open to the public.

But dad?! Shut up, Domantas. You did not triple-double and no blocks? Seriously? Back when I played, if I didn’t get at least three blocks, I’d have to walk home in the snow. Arvydas is no joke.

Returned from a six-game absence and played 34 minutes. *Gets tap on shoulder* Looks back and it’s Arvydas. At least Myles has an excuse.

Has scored 29 points on the dot in three of the last five games. You can get over the hump!!! Brogdon has scored over 30 points three times this season.

The 10th 20/20 game of his career. The third one with at least two steals and two blocks as well. Despite the sub-60% free-throw shooting, Capela is a top 20 player on the season.

Since returning from a 16-game absence, Bazley has played five games and averaged 31.9 minutes, 16.2 points, 1.6 tres, 6.6 boards, and 1.8 dimes. The usage has been 25 but the turnovers have been at four per game. The disappointing thing is the lack of defensive stats.

Kim Jong-un is trying to procure the services of Pokusevski in order to enhance his firewalls.

This transformation has been more surprising and impactful than when Michael J. Fox turned into Teen Wolf.

Contributing across the board but only played 21 minutes.

Boucher was the last man standing as all his compadres sat out this one. This is the ceiling. I have trouble seeing it on a consistent basis when everyone is healthy and the team is competing, though. Keep in mind, this is coming from the man who thought Aron Baynes would be a sleeper so….

Huckin’ and chuckin’. The only way to get down. Masai is so damn good.

The Big O delivers and satisfies. Ladies across the world are furiously purchasing tickets to Houston to garner the secret knowledge.

In 40 minutes. What else did you expect on the Lord’s day?

My first thought was, Aaron Brooks is still in the league? Then it went to, is this the swap meet Armani? Brooks is 6′ 3″ and 195 pounds. He played his college ball at Houston and went undrafted in the 2019 draft.

Played 33 minutes and led the team in field goal attempts. Over the last four games, he’s averaged 28.7 minutes and garnered a 21 usage rate. The shooting efficiency has been poor at 37% but he’s shooting 42% on the season. He provides a little something something in every cat.

First time playing over 30 minutes since returning seven games ago. He should get all the run he can handle down the stretch as Orlando is in Operation Tank. The shooting efficiency is an awful 38% on the season but he’s been at 51% over the last four games. Just looking at the improvement that Terry Rozier has made over his career, I will never dismiss anyone.

Got the start because Richaun Holmes is dealing with a hamstring injury. Only played 19 minutes, though, but Mt. Whiteside can explode at any time.

In 30 minutes off the bench. A broken clock is correct twice a day.

Top 60 player over the last eight games. DFS is a low usage player but he’s playing 34 minutes per game. Tres, boards, and steals are on his menu. Not a sexy player but plays a ton of minutes and contributes everywhere without hurting you anywhere.

Luka has been good but not HalleLuka good. Top 60 player over the last eight games. That makes me sad.

In 31 minutes off the bench. Brunson can provide points, boards, and dimes. He’s been averaging 27 minutes per game but he did have one with only 16.

Meow. No play when there are some dogs on the other side.

The number two player over the last six games. Kawhi missed four of those games but George has still been on quite the heater. This Clippers team is going to be a problem for other teams in the playoffs. Don’t sleep on them.

Thanks Son, two questions:
A) do you think Sato is going to start again soon? Or time to drop？
B) for 3s and dimes, would you pick up Bane or Cole Anthony this week?

Playoff time my guy ! Walking in with #1 seed. Means nothing until the job is done.

Made some tweaks to my roster.

Sent Nance off to the dance, swapped for BEEF STEW earlier this week.

And dumped Plumlee for Bertans this morning.

Waiting on that Curry update today ! (prayers up emoji)

For sure, don’t count the money until there’s no PMR remaining.

I like the moves. I’d sit tight for now.

We do adds M, W, and F, effective that same morning. How patient should I be with Valanciunas? Today I’m ok, but if he’s out Wednesday I’ll have an empty slot. Should I give him until Friday at least, unless I’m losing?

Yeah, you have time. I’d wait

With JV being out now, would you drop him to stay alive in fantasy playoffs?

Yep. Your only goal is to advance to the next round. Minutes are gold right now