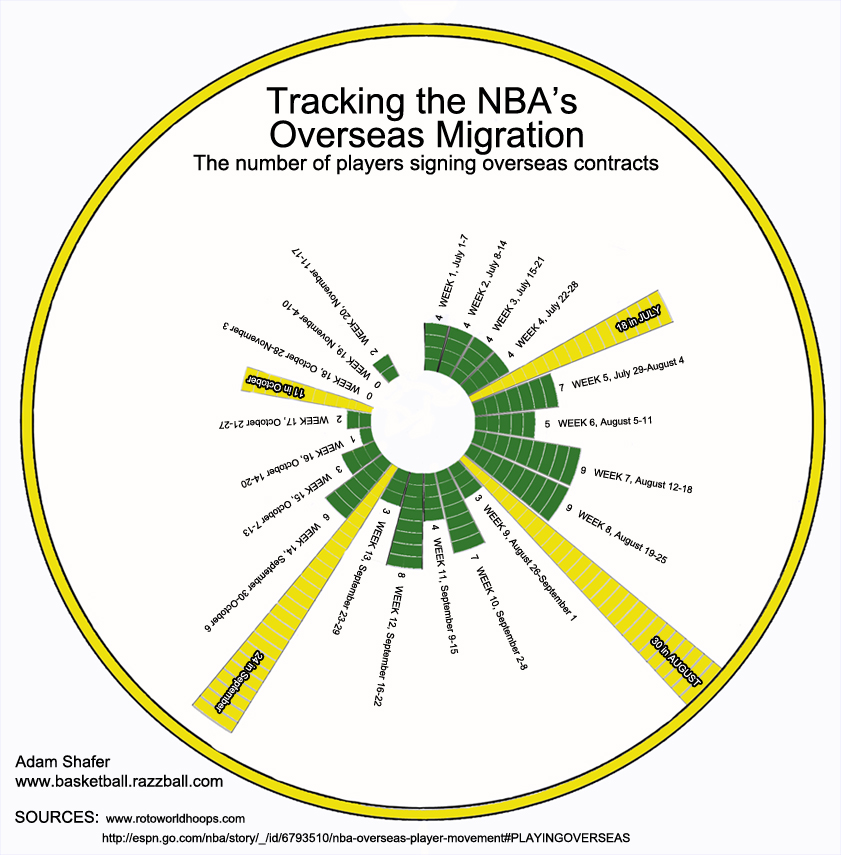 Week 20 in the NBA lockout brought the bleakest news yet, with the player’s union opting to disband and the owners letting them. Time to celebrate! We’ve illustrated the pattern of players jumping ship since July 1.

Despite a dearth of open roster spots overseas, I’d still expect to see a spike in players freakin’ out and going to Turkey (where most people who freak out end up) in the coming weeks. You’ll notice almost no defectors during the height of the negotiations between the NBA and NBPA. I threw negotiations in quotes because I’m a snarky blogger and such behavior is what is expected of me.