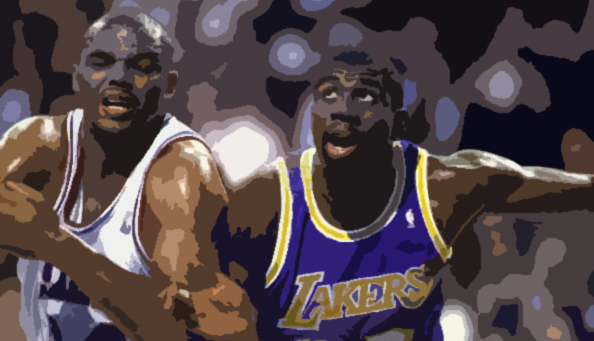 A few of you have sent me requests via U.S. mail for a post about draft pairings through the first two rounds. I planned on writing 1,500 words on the value of calling Alvin Robertson “Oscar” just to peeve him off, but it occurred to me that 1,470 of those words would probably be unprintable. Either that or you would love it and want me to write more stuff like that. It’s a lose-lose. Anyway, pairings are important. Imagine if Def Leppard just brought cream, but the girl pouring the sugar on him forgot to bring the peaches? Major bummer, man. Major bummer. And now you see why pairings are important. You’re welcome. Today we’re going to use the 1988 fantasy basketball rankings top 50 list from a couple weeks ago (Fourth wall: *wink, wink*) to pair each of the first round picks with whom they would fit well with from the second round. So remove the shoulder pads from your blazers, ladies ’cause you’re gonna want to get comfortable. Here are some pairings for the first two rounds of 1988 fantasy basketball drafts: