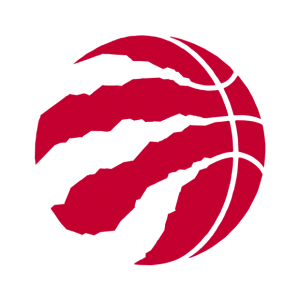 I enjoy playing poker. Am I good at it? After 30 minutes, I’m still looking for the sucker. Anyways, a common scenario I often see play out is this. Player, which is sometimes me, pushes all the chips into the middle of the table and says, “All you can eat, baby!” Either the chip stack get bigger or said player takes the walk of shame to the ATM. That’s what I thought about the Raptors offseason. They are either making it to the Finals or taking that rebuilding walk of shame. Respect.

Vegas has the win total at 55.5. The team is stacked for sure and LeBron has moved to the Western Conference. With that said, there’s a new coach and superstar on the roster. How will everything mesh? There are a lot of questions for me, but the potential is there for this squad to be an absolute juggernaught. It will be interesting to see how Nick Nurse runs the ship, as he’s been an assistant with the Raptors his entire career. The final three years of Casey’s reign, the Raptors were basically top 10 in both offensive and defensive rating. Interestingly, Casey often had his teams playing at one of the slower paces in the league, but that changed last year, as the Raptors ended 14th in offensive pace after routinely being in the 20s.

Kyle Lowry, Delon Wright, and Fred VanVleet. Lowry is the guy in Toronto now. Or is he? It will be interesting to see how the pecking order establishes itself over the course of the season. Lowry was good friends with DeRozan and wasn’t thrilled when they shipped him away. From a purely statistical perspective, Lowry is an awesome fantasy asset. He can get buckets, rebounds very well for a guard, dishes out plenty of dimes, provides a trifecta of threeecolas, and gets his 211 on. The only blemishes are the lack of blocks and not-so-great field goal percentage. Other than that? Oh, there is an injury history and he’s 31 years old. In addition, he has one year and $33.3 million left on his contract. If things go south up North, a potential walk of shame could be in order. Wright was the #20 overall pick of the Raptors back in 2015. He’s 6′ 5″ and very athletic. Plays great D and has shown the propensity to get buckets. 36% from downtown is very nice. The potential PG of the future. VanVleet is solid as a rock. Shoots very well from the outside and provides plenty of steals. Able to run the offense and distribute the ball where it needs to go. Minutes will be an issue as he’s buried on the depth chart, but should get a little run each game.

Danny Green and CJ Miles. Green should get the majority of minutes at shooting guard and will provide steals, blocks, and threeecolas. Outside of that, not much. In addition, he’s very inconsistent. Miles is Green without the D stats with the same inconsistency.

Kawhi Leonard, OG Anunoby, and Norman Powell. When healthy and engaged, Kawhi is arguable a Top 5 player for fantasy. Is he and can he stay healthy? And is he and will be stay engaged? If so, fantasy owners got a bargain and the Raptors will probably maul the rest of the East. If not, walk of shame time. OG is a physical beast at 6′ 8″ and 232 pounds. Imagine lineups with both he and Leonard neutering opposing wings. So scary. He will contribute in steals, grab some boards, and shoot threeecolas at a high percentage. No dimes and the free throw shooting is poor though. Powell is athletic but kind of sucks. Look at me. Guy in moms basement saying an NBA player sucks. Ok, relatively speaking, he does suck because he doesn’t contribute for fantasy. Real life? He’s the 1 percent of the 1 percent.

Serge Ibaka and Pascal Siakam. I’m excited about this combo, but without Ibaka. I kid. Ibaka will score, grab some boards, and get some blocks. Not like back in the day when he literally erased everything, but enough to be relevant. Speaking of black holes, I kept track of the number of assists Ibaka had with the number of blocks for Blake Griffin last season. It was a tight race of futility I tell ya. Anyways, Ibaka could play plenty of 5, which could theoretically boost his rebound and block numbers? Possibly? I’ll believe it when I see it. Siakam is the guy I’m excited about. With Poeltl gone, he should suck up plenty of minutes. Siakam is super athletic and should provide excellent FG%, boards, D stats, and dish out some dimes. Even chip in some threeecolas, but not at a high percentage. The FT% is poor, though.

Jonas Valanciunas and Greg Monroe. JV can score and board with the best of them. And the FG and FT percentages are excellent for a big man. It’s all about minutes for him though. Last season, Casey often left him on the bench in favor of a small ball lineup. How will Nurse manage the situation? All you need to know about Monroe is that he played for three different teams last season (MIL, PHO, and BOS).

Is Gary Harris good Value at 48?

@chris: I think so

@chris: I have Allen at 45 and Ball at 83. That’s just my opinion, though. Every league is different and every owner values players differently. Looking at ADP usually gives an idea of where a certain player is being drafted, so you can use that as a barometer.

Just finished my first draft we start 5 g’s 5 f’s 2 C
Decent team? I like it I went Allen at 47 turner at 52
G-Harden-Holiday-Teague-Payton-Augustin-Sexton
F-Love-Carter Jr-Jaren Jackson-Aminu-Gibson-Ibaka
C-Allen-Turner-Len

I decided to go Harden over Davis because assists seem a lot harder to coem by this year. Giannis went #1, Can’t go wrong with Harden but would you have went with Davis?

@Chris: Can’t go wrong with any of them

Love & Lowry or Embiid & Lavine in H2H? Which pair has more value in a vacuum?

Thanks for all you do, won my league last year largely thanks to you guys.

Just had our draft last night and wanted your initial thoughts on the squad, 10-team h2h 8 cat (No TO)

Obviously the bench / starter are arbitrary but wanted to give you an idea of our eligible players on a nightly basis. Thanks man!

Your strongest category is steals with threeecolas and blocks right behind. Weakest cat is assists

Team B. Should dominate in assists, steals, and blocks. Be slightly better in FG% and FT%

Thanks man, im Team B and my buddy is A
My bench is JJJ, Ingles,Schroder
Trying to improve team,would u drop any of bench and if so for what thpe player.. im figuring i need more boards.

Anytime. You could boost up in 3s, points, and rebounds

Also got offered kwahi for my oladipo. I know ur not high on kwahi but is it worth considering for my team?

@Justin: also got offered jarret allen for my kanter. what you think?

Where do you think I shall improve? 😀

Would you take Middleton & Love or Wall and Holiday? I know it depends on what stats I’m looking for but just based on projected value.

Like you said, depends on what stats you’re looking for and they play different positions. In a vacuum, I have the Middleton/Love pairing more valuable

I think Toronto has the opportunity to do something special because I think they have quietly built a team that is kind of like Rockets North. With the addition of Kawhi Leonard and Danny Green, the raptors would be great in defense and 3-point shooting. They will be formidable in the east and chance to be a title contender.