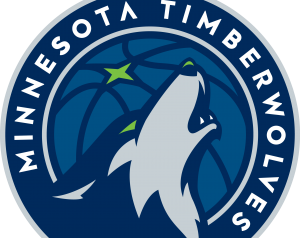 Life is often murky and gray, as in the lines between good/bad, right/wrong are often blurred. But when confronted with danger, there are only two responses: fight or flight. Well, we see this playing out before our eyes in Minnesota right now, as Jimmy Butler is, coincidentally, fighting for his right to flight. The other guys? They definitely are not fighting. How can no one step up to him? “At one point, Butler found himself guarding Towns in the post. After Towns received the entry pass, Butler yelled, “He can’t do {expletive} against me!” Towns ended up passing the ball out, sources said.” That’s the sign of someone who can lead a team to the promised land?

This team is in disarray. Vegas had the win total at 41.5. I now see it off the books at some sites. Jimmy Butler is the alpha of this wolf pack. If the quote in the intro didn’t make that crystal clear, how about this? Before Butler arrived in Minnesota, here are the win totals: 31, 29, and 16. There’s no way Butler stays with this team. If he does, he will literally and figuratively tear this locker room apart. Now, once Butler leaves, Karl-Anthony Towns, Andrew Wiggins, and Jeff Teague should all see bumps in usage. The wildcard is who comes back in a trade. From a fantasy perspective, all the starters will be relevant because Tom Thibodeau is a psycho and will play his starters over 35 minutes. From a real life perspective, this team ain’t going anywhere.

Jeff Teague and Tyus Jones. Teague is so solid. Double digit scorer who will provide close to 7 assists and 1.4 steals. He will also drain some threeecolas and provide good percentages. You know he’s getting the minutes and will receive a usage bump if Jimmy Butler gets traded. Jones is so talented, yet he’s been buried on the depth chart. In the offseason, there was chatter that Thibodeau would expand his role, but then he went out and signed Derrick Rose. The best case scenario would be if he got traded in the Butler shituation to a place where he could start. If so, he could show off his scoring prowess, passing ability, and criminality.

Jimmy Butler, Derrick Rose, Josh Okogie, and James Nunnally. Butler does it all except contribute in blocks. Outside of going to one of the top 5 teams in pace, Minnesota is the best place for Butler from a fantasy perspective, as the minutes are all but guaranteed in sickness or in health, in nail biter or in blowout. Rose could potentially start at shooting guard if Butler leaves. Man, pre-injury Rose was so freaking good. I miss that guy. This version is a chucker that won’t deliver Sportscenter highlights or anything else. Okogie is the rookie who has physical potential and could garner some minutes if Butler is shipped out. With that said, if Tyus Jones can’t get significant run, I find it hard to see Okogie getting any. Nunnally is a 28-year old sharp shooter who was dominating in the Euroleague. He played college ball at UCSB and did play with the Hawks and 76ers back in 2013. A 3 & D player, Nunnally is probably there for depth but someone to keep an eye on.

Andrew Wiggins, Keita Bates-Diop, and Luol Deng. Wiggins. What can I say? I’m not a fan, but always had that modicum of hope that the physical potential would meld with IQ and awareness. After four years, I think we know who Wiggins is. A black hole. To expound on that, there is little reason to think he will expand his game beyond it either. It’s actually impressive how static the numbers have been in all the periphery categories. Bates-Diop is the rookie out of Ohio State who played four years in college. He’s long, which should help him contribute some D stats, and has range from downtown. Someone to keep an eye if/when Butler gets traded, as he could carve out a nice role. Deng is….what year is it? The crazy thing is you know Thibodeau is going to give him run. I just don’t know how much left he has in the tank, but he’s always been a good rebounder, so….

Taj Gibson and Anthony Tolliver. Thibs loves his Taj, as he will grab rebounds and has the ability to hit the elbow J. From a fantasy perspective, most of his value derives from the insane number of minutes he gets nightly. Tolliver is more of a stretch-four who will deliver some threeecolas.

Karl-Anthony Towns and Gorgui Dieng. KAT is amazing. He literally does it all and is in contention to be the #1 overall fantasy pick. He’s never missed a game, which means he will probably get hurt this season, and the minutes will be there. From a real life perspective, I wouldn’t want him on my squad but that’s a conversation for another day. Dieng it! That’s gotta be what Thibodeau must be saying every day. Four years and $62.8 million contract. Wow. Exhibit #5,984,434 why owners should not allow coaches to be general managers as well.