Uncle Drew put it on the young bloods here for an easy 30. The 3 steals were also a welcome site for fantasy GMs. As long as he plays, Kyrie is an easy top 10 player.

Horf started at the 4, while Baynes slid into the starting center spot and the end result was good for fantasy. While he didn’t provide many assists, he did manage to contribute across the board, shot effectively, had zero turnovers, and blocked 3 shots. Keep in mind that this was the first game of a back-to-back so Big Al is definitely a rest candidate.

Dame made easy work of Atlanta on his way to an efficient 36/3/7 with 4 3’s and a block, which was a nice bounce-back from a rare off night in his last one. He has clearly solidified himself as a near top 10 player in fantasy this season and has outplayed his draft position.

Steph has been a rock-solid fantasy beast this season and is putting up a #4 ranking. Here he underwhelms on the assists side of the stat line but connected on a whopping 11 from deep. As long as he plays you can expect similar top-notch play.

KD was not very efficient in a loss to Minnesota, but still managed to be 3 assists shy of messing around. He added 2 3’s and 2 blocks for good measure.

The Joker is just outside of the 1st round for the season, though that’s a bit of a disappointment for those that drafted him in the top 8. Denver needed this win and Jokic was instrumental. You expect more assists, but otherwise, this is an excellent line.

Murray has hit on career highs for points, boards, and assists this season. He’ll probably never be a leader in assists, but his growth is there. This game showed off that part of his play, much to the benefit of the fantasy GMs that roster him.

The complete lack of stocks is unfortunate for fantasy GMs relying on PG13’s all-around game, but otherwise, he did more of the same elite work that he’s been doing all season.

An assist and board away from messing around, 50% from the field, plus 80% from the line! What’s not to love? The Thunder lost, but it doesn’t matter for fantasy purposes.

The Big Panda kept it going, even though there was a risk for sitting. He’s by far the best healthy player on the roster and will put up huge numbers every time he’s on the court.

After three off games, the Spyder came in hot, posting huge points, along with 5 board, 5 assists, and 3 3’s. The FG% has held him back in his sophomore season, but he’s been tightening that up of late. He burned a lot of overly enthusiastic GMs during drafts and could meet expectations next season.

Gobert has been averaging a massive 3 stocks per game this season and he put up 4 in this one. It’s worth noting that part of why he was able to get another double-double was due to his going 5-for-5 from the line.

Fantasy GMs that roster Ingles have to absolutely love back-to-back double digit assist games from the Australian. He’s been playing great since the All-Star Break, but unfortunately, this was the last game of Championship Week for the Jazz.

This is a great line for most, but kind of lackluster for Kemba. He’s just outside of the top 20 in fantasy for the season, off of the strength of points, 3’s, assists, and steals.

Rondo’s over here posting elite assists and steals. It’s coming off of an off game, so hopefully, for GMs that are holding Rondo, he can close out this fantasy season strong.

With the playoff hunt officially over for LA, there is a strong likelihood that Bron sits the next one, which would be the final game for the week. That’s unfortunate for Fantasy GMs, but the cold reality of the Silly Season.

Gary continued his extremely disappointing season. He probably sunk a lot of teams that spent a 6th round pick on him, while just barely returning standard league relevant production. Look to draft him at a huge discount next season and reap the bounce-back rewards. Still, this game was more of the awful same for a season to forget for Harris.

Nintendo DS chose an awful time to be ineffective. He got 25 minutes in this one, so that’s not an excuse. All GM’s can do is hold and hope he can pull out something special in his last game of the week. 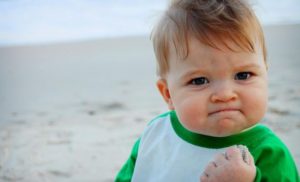 Turner is averaging a league-leading 2.8 blocks and those swats have been instrumental to his bounce-back season and top 30 ranking. So this output is slightly disappointing, but it’s hard to complain about a double-double with 3 3’s.

Bojan has been coming out firing over his last 3 with 49 shots. He’s also been super efficient and has been a nice 3 point asset. He even added 2 steals to make for a more well-rounded line.

This was a minor return to form for Young, after struggling in his last two games. He didn’t provide his usual steals, which stings, but this was a solid game for the sneaky top 60 player.

Is there a term for double-digit double-doubles? That’s where we’re at with Aminu, as he continues to step in with Nurkic out and produce low-end standard league-relevant stats.

Kanter stood to be the biggest benefactor with Nurkic’s unfortunate injury and he has answered the bell somewhat. He hasn’t really produced like how many GMs had hoped due to the nice play of Zach Collins and the Blazers going small. Unless you need boards, he’s not bringing enough to the table to be too excited.

JC has been having a great sophomore season, meeting or exceeding the lofty expectations of fantasy GMs with a top 50 ranking. He has been slipping a little of late, but the 20 points, 3 assists, and 2 blocks are great. The 2 boards…not so much.

Wiggins poor play from last season has continued into this one, with a further reduction in his efficiency. The scoring and 3’s are nice here, but the percentages really hold him back. At least he posted an uncharacteristic 9 boards and 3 assists.

The Baconator kept it going here as a solid 3’s streamer. The 21 points are a nice extra.

KCP put up a very impressive 6 3’s in this one, along with a few extras. If LeBron sits next time out, he should absorb some of that usage. 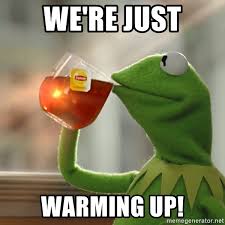 Bayne-y rewarded fantasy GMs with a start and an efficient double-double. He even added a 3 and a block for good measure. With Horford potentially resting in the next game, Baynes could be in line for similar production to end the week.

Portis got a huge opportunity with 38 minutes this game and answered with a huge line. I still don’t consider him a plus player in real life, but lines like this are always potentially waiting in the wings. With Beal possibly sitting in the next game, Portis could see himself with all of the usage he can handle. 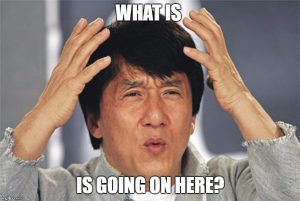 KAT shot under 30% in this one and under 40% in his last. So while the scoring and efficiency have been holding him way back recently, he did provide 13 boards and 7 assists to salvage his line. He was unfortunately quiet in the defensive stats, missed all 5 of his shots from deep, and gave the ball up 5 times. He should play better in the next one against Embiid and Philly.

It’s hard to remember, but there was a time when Dieng was a fantasy darling, consistently underrated, yet was the insiders’ sleeper of choice. Then came Thibodeau and Taj Gibson, and out went Dieng’s minutes and production. So this was nice to see and a flash from the past, while being a sad reminder of what he is capable of when given the opportunity.