Picture the NBA a mere 20 years ago. The idea of big men who can shoot became relevant in the years of Dirk Nowitzki. Since then, the idea has evolved to monumental heights. Even when Dirk hit the scene there wasn’t this influx of big men shooting from deep. Nowadays, the ultimate big man is hitting threes and spreading the floor, opening lanes for smaller slashers without the worry of a big man waiting for the swat. These players have become useful in fantasy as well. The big man hitting threes is essential to a roster and has caused an effect to the Enes Kanter and DeAndre Jordan-type players. The Kanter-type being points, rebounds, and efficiency from the field and line is no longer enough. The Jordan-type, being a big with a massive FG% boost and block potential is no longer enough due to the shooting inefficiencies. This is what makes players like Karl-Anthony Towns so highly desired because they do almost everything. Nikola Jokic is now that player on steroids, with his immense passing abilities and assists numbers on a nightly basis. What if I told you there was a player only owned in 1.5% of ESPN leagues and available in 42.5% of Yahoo leagues who can do a lot of modern big man things for you at the price of a waiver pickup. Well there is, in Zach Collins of the Portland Blazers. 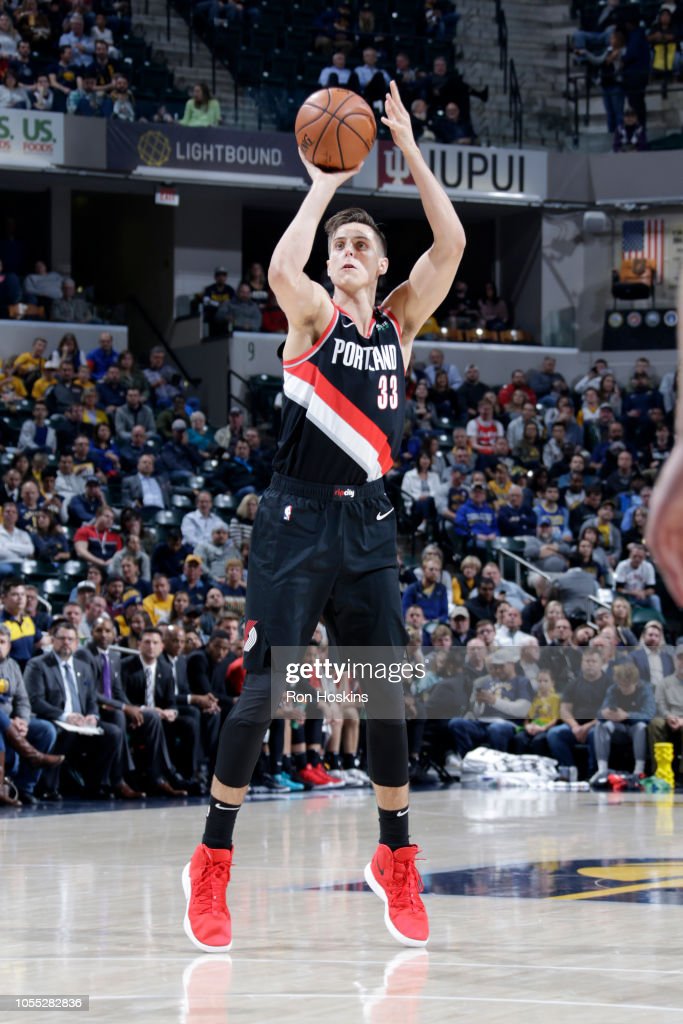 First of all, if someone can explain that difference in ownership between the two mega-ship fantasy platforms, I would appreciate it. I was shocked to see the discrepancy. ESPN leagues must not be up to snuff, because the competitive Yahoo players are all over Collins. Through five games, Collins is averaging 20 minutes a game, 10.8 points, and 5.2 rebounds. Nothing to write home about, but look a little further and you see 2.2 blocks per game and 1 3PM per game as well. That is where the money is made, so to speak. Any player who is averaging north of 2 blocks and a three per game is valuable in all fantasy formats. Collins should see his minutes increase as the season continues and that is cause for attention. Meyers Leonard just isn’t a thing. Ed Davis, a fan favorite I must add, is no longer wearing the red and black. Collins is that new hybrid, high energy, big man coming off the Blazers bench and making an impact. Now is the time to grab him before it’s too late.