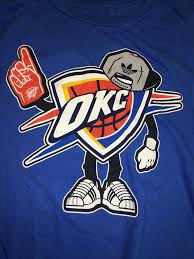 Let’s be honest here, the Oklahoma City Thunder (OKC) will be a shell of their former selves, as they no longer are projected to be in playoff contention. With Brodie and PGIII both gone, the rebuilding process is officially underway in OKC. However, they are not without talent, as CP3 looks to replace Russell Westbrook and will have full reign as the leader of their offense. We are not sure how long he will continue to be in OKC for, as they look to trade him at some point this season, but until they do CP3 should lead them to some wins. It doesn’t hurt that Danilo Gallinari was also acquired in the PG3 trade. Overall, Oklahoma City won’t be in playoff contention, but should be better than some of the other bottom feeders in the Western Conference.

Chris Paul will have room to create in a way that he did not during his tenure in Houston. With James Harden being the focal point for the Rockets, Paul was often left standing in a corner watching. This year looks to be different, as he may recapture some of that magic from his last All-Star season with the Clippers (2015-2016: 19.5 PPG, 10 APG, 4.2 RBG, 2.1 SPG). Keep in mind that Paul is 34 years old, so rest days will come a plenty. He also is an injury risk, as it has been five years since he has played 80 games or more (2014-15). He’s ranked as a third-round player in most leagues, but I’m personally looking to get him a little later. Now, if he’s still available in the fifth or sixth round, that would make him much more appetizing for my taste. Nonetheless, health concerns aside, CP3 is pretty reliable when on the floor.

I am very interested to see if OKC starts Shai Gilgeous-Alexander. The 6’6″ sophomore is looking like their point guard of the future after CP3 leaves, which could be sooner than later. Until then, though, his fantasy ability will be capped, as CP3 looks to be his regular, ball-dominant self. When CP3 does leave town though, SGA has the potential to immediately become a fantasy hoops stud. We will have to wait for the Miami Heat or another team to bite on CP3’s price tag to pull the trigger. Either way though, I expect SGA to make huge steps forward this year as OKC’s future starting point guard.

I could be wrong, but I expect to see OKC roll Terrence Ferguson out there again at the small forward position this year. He’ll average a 3PM or two a game, but outside of that does not hold much value in fantasy basketball. Andre Roberson is back after being injured all of last year. He could be the starter due to his defensive prowess, but his lack of offensive punch has me favoring Ferguson.

Danilo Gallinari truly impressed last year. He finished as a fourth-round player, averaging 19.8 points per game, 6.1 RPG, .463 FG%, 2.4 3PTM PG, and my favorite part of Gallo’s game, 5.4 FTM PG. Gallo is a STUD, my friends! The only question is can he stay healthy for an entire season? Last year he played 68 games, but for Gallo that’s better than the past fours years when he played 59, 53, 63, and 21 games respectively. If Gallo can play 70 games this year, he’ll be a top 40 player.

Steven Adams is as solid as they come. He may not provide all the bells and whistles as some of his younger counterparts, but he’s one of the more consistent centers in the game. Adams averages close to a double-double every game, shoots around 60% from the field, provides a block, and steals over one per game. His ADP is in the 7th round and depending on how thirsty managers in your league are for centers, may go a little earlier.