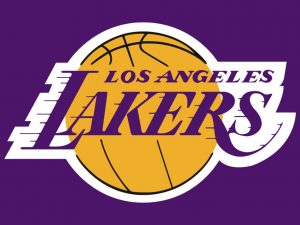 Looking at the depth chart today, LeBron James is the starting point guard. Point-LeBron is a major fantasy asset, and with the weapons surrounding him, we could see another top-notch season out of LeBron. I would be weary of the days off, as load-management of the aging star continues to rise. There could still be near triple-double stat lines on a nightly basis and that should warrant consideration early in fantasy drafts. Rajon Rondo and Quinn Cook should see a lot of playing time at the one, and if you need assists (Rondo) or threes (Cook), you have two good options for what could be an up-tempo squad.

Having two veterans who can stroke it from three is a good thing. Between Kentavius Cladwell-Pope and Avery Bradley, lights-out shooting and grit should come in bunches. These two are perfect for a LeBron-led attack, as they can stop-and-pop from everywhere on the floor. To me, neither is a true fantasy asset.

My guess is that Kyle Kuzma ends up starting at small forward in LA. Kuzma was a steal a few years back in the NBA draft and is looking like he will be an absolute steal in fantasy come draft season. In his age 23 season, Kuzma showed he can do it all and be a great complement to LeBron in the open court. Additionally, we have another group of savvy, gritty, sharp-shooting forwards, Danny Green and Jared Dudley. These two are veterans and will contribute in as many ways possible to help this team win. I wouldn’t aim for either in fantasy.

This is where things get interesting. Anthony Davis joins LeBron to create potentially the strongest fantasy-duo in NBA history. Davis is an absolute star and fantasy stud muffin, who can do it all. I don’t have to embellish on the fantasy prowess the Brow possesses. Across-the-board stats for your every fantasy need. Points, rebounds, assists, blocks, steals, and ratios are all in his repertoire. Having a supporting staff like this will be a first for AD, and it’s hard to imagine a scenario where this doesn’t end well for the Lakers and your fantasy team.

What could have been; Boogie nights in LA. The injury bug had other plans, and Demarcus Cousins will now miss the season after tearing his ACL. Now, a motley crew of JaVale McGee and Dwight Howard, yes THAT Dwight Howard, will be manning the 5 for the Lakers. McGee proved last year that he could be efficient from the floor and be a shot blocking menace. Howard hasn’t been the man he used to be, and comes back to LA years after tumult on the East coast. It should be interesting to see the lineups that come out for the Lakers, but the key here is that Anthony Davis will likely stick at power forward and minutes will be available at the center position.