One, two, three and to the four. Giannis Antetokounmpo is all that we ask for. Ready to make an entrance so put your hands up. ‘Cause you know he’s about to hammer the cup. Give him the rock and it’s nothing but trouble. Maybe he’ll mess around and get a triple-double. He racks up more points than a daily double. Ain’t nuthing but a G thang, baby. One loced out G going crazy. He racks up so many stats that it’s hazy. Unfadeable so please don’t ever fade him. But, um, back to the lecture at hand. Perfection is perfected so you best understand. From G’s persepctive. Every defense is completely ineffective.

Iblocka!!! Two straight games with two Ibakas and 15th game with at least two, with two of those games with three. Too many twos. I apologize. I’m a fool. Over the last four games, Iblocka has been a top 55 player despite playing only 24.1 minutes per game.

At least he tried.

Last night was the fourth time this season that Beal has gone for at least 40 points. One of those was a 60-burger. He scored seven points against Miami in early February. Outside of that game, the lowest-scoring game was 24 points. Pretty crazy. He’s the number 11 player on a per-game basis, garnering a usage rate of 36.1 and hoisting up 24.1 shots per game. I love when my Beal is scorching hot and cooked well done.

In 26 minutes off the bench. Is someone heating up? Because I think someone is heating up. Or is that residual heat from Beal since we are right under his blurb. If so, then that’s amazing. That’s now back-to-back games with five tres for Bertans. He only played 26 and 20 minutes, though, so things are not all rainbows and M&Ms. With that said, it’s a good sign and we know what he can do. Returning from COVID is no joke.

The slut in high school always provided a way for a young man to regain his confidence and swagger. Well, Tatum needed a game against the slut for fantasy hoops: the Washington Wizards. In the two games prior to yesterday, Tatum went for nine and 13 points, shooting 22% and 20% respectively. Thank you for your service, Wizards.

Jaylon Brown missed this game due to knee soreness. When he’s off the court, Tatum and Kemba Walker both see usage bumps of 5%.

In 32 minutes. Only the second time Theis, Theis baby has gone for over 20 points. Dum dum dum dumdum dum dum. Theis, Theis baby. Stop, collaborate and listen. Y’all think I should go on Showtime at the Apollo? Anyways, Theis has played 32 and 30 minutes the last two games and scored 20 and 17 points while contributing in every cat.

The first game all season in which Randle has literally stuffed the stat sheet. If he does this on the regular, then he will become the Emperor of fantasy hoops.

In 40 minutes! The Taj was closed for business so Thibs did what he does best. That’s now back-to-back games with over 40 minutes of run. Exalt his name.

In 35 minutes. Over the last 10 games, Barrett had played in the 20-minute range five times and scored single digits in three. In the last two games, he’s played 34 and 35 minutes while scoring over 20 points in each. Let’s go to Barrett fans on the street….

In 28 minutes. The game was a blowout so probably shouldn’t make too much of it but he had played 22 minutes the prior game after languishing in the teens. Stewart can provide boards, defensive stats, and good field goal percentage but doubt he replaces Plumlee. Timeshare perhaps in the future? Something to monitor.

In 26 minutes off the bench. Stop hacking him!!! I don’t know what to make of Jackson. He was the number four overall pick in the 2017 Draft, has tremendous physical skills, but has been on three different teams already. Can Casey resurrect his career a la Christian Wood? That’s how I lean. With that said, what I do know is that when he’s on the court, he’s going for his, as he garners a usage rate a tick under 28.

Only played 13 minutes due to spraining his ankle. The team said that it was a mild tweak but he didn’t return to the game because the Warriors were down by 29 points in the second quarter. Juan Toscano-Anderson was the direct substitute for Green.

In 22 minutes off the bench and had a usage rate of 29.5. Received extra run due to the Green injury. Green is expected back so calm the F down.

The Warriors were down by 20 after the first quarter and ended up losing 91-117, so no more blurbs for them!!! Andrew Wiggins played 22 minutes, Steph Curry played 26 minutes, and Kelly Oubre Jr. played 26 minutes.

As a result, no Lakers starter played more than 25 minutes and no Lakers player reached the 20-point threshold.

Blowouts suck but I enjoy them from time to time because it means less writing for me. Yippeee!

In 21 minutes off the bench. Since returning, Winslow has averaged 22.3 minutes per game. He shot 21% and 10% the first two games back but has since gone 50% and 66%. He likely won’t play back-to-backs and the shooting efficiency has always been an issue, but Winslow can contribute a little something something in every cat.

Only played 13 minutes, primarily due to foul trouble.

In 21 minutes. Needs to search for his buddy Lewis and go exploring for minutes because he’s only playing 21.3 over the last four games. He can provide boards and steals with excellent field goal percentage.

Got the start (his first ever) and played 26 minutes. Hey, he popped his cherry! Patton has played in four games this season and racked up 3, 1, 1, and 2 blocks. Not sure what his role will be when everyone is healthy but someone to monitor, especially with no more Boogie.

So bad that it was impressive.

The fourth 20/10 game for Ayton this season. He had 13 of those last season. I used to like him Ayton. Now? Not so much. He has been a top 40 player over the last six games, though.

The first 40-piece of the season. Let’s go to Booker fans on the street….

Booker is an amazing player and one of the best scorers in the league. For fantasy? He’s a top 80 player. I had a question about who had the biggest gap between real life and fantasy value? Andre Drummond was the player who stuck out immediately. Booker has to be right up there but at the opposite spectrum.

11th game that Paul has dished out at least 10 dimes. Like a good neighbor.

Since starting 17 games ago, Edwards is shooting 38% from the field. Yuck. There’s good to be gleaned though. He’s dishing out 3.4 dimes, grabbing 5.1 boards, and contributing the D. He’s at 0.8 steals and 0.8 blocks. Me likey that. As he gets more experience and matures, the shooting efficiency should get better.

In 30 minutes off the bench.

Game was a blowout, as the Suns won 118-99 but Layman had played 3 and 7 minutes the prior two games. <insert shrug emoji>

Number 26 player on the season. Capela is AVERAGING 14 boards and 2.3 blocks while shooting 59% from the field. The only bugaboos are the lack of tres and dimes and piss poor free-throw shooting.

For how small in stature Trae is, he does a really good job rebounding the ball. He’s averaging 4.2 boards on the season and has messed around three times in his career. 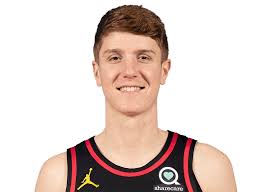 This dude could get away with murder. I wouldn’t be surprised if he was granted a few steals. Enough jokes, six steals is freaking impressive. Huerter’s prior career high was four, which he did three times. The high for steals in one game is 11. 11!!! Kendall Gill in 1999 and Larry Kenon in 1976. Dayam.

Top 20 player on the season. The turnovers are high at three per game and no tres but everything else is magnifique. The most impressive development has been the free-throw shooting, as it’s improved from 69% last year to 84% this season. That gives me hope for the development of a three-point shot at some point. I’m getting a boner just thinking about it.

Nunn has started the last 12 games as the Heat have been dealing with injuries. Last night, Jimmy Butler did not play due to knee soreness. Nunn has been a top 50 player over the last 12 games. When everyone is healthy what happens? Nunn ya business.

In 42 minutes! His previous career-high in points was 27. Played a ton of small-ball center with Cody Zeller out. The Kings boost the fantasy points per minute to centers by 6.1% above league average. With that said, Washington has been balling when playing center. Over the last four games, he’s been a top 40 player. He’s been shooting 56% from the field and 92% from the line. On the season, those numbers are 43% and 72% respectively.

That Rookie of the Year award?

With Devonte’ Graham and Gordon Hayward off the court, Monk has been balling the F out, garnering a usage rate over 30 and converting 48% of his attempts. He’s a streaky shooter but he has increased the field goal percentage in each season: 36% to 38% to 43% to 46% this season.

Fourth 20/10 game of the season. Bagley has now scored double figures in eight straight games. Prior to that, he went 9, 3, and 9 so we are not in full trust mode just yet. The defensive stats are light and the free-throw shooting is poor but he will score and grab boards.

In 42 minutes. HarrisSON has been a top 50 player over the last four games. On the season, he’s top 70, a marked improvement from the 163 and 139 he posted the last two seasons. The improvements have come in the dimes, boards, and increased shooting efficiency which has transalted to more points.