The Suns’ off-season produced enough fireworks to sustain Kenny Powers on the Fourth of July.  Unfortunately, if you’re a Suns fan, the drama was less of the blockbuster trade or free agent acquisition variety, and more front-page-of-the-tabloid variety.  For starters, majority owner Robert Sarver is putting the team up for sale after being suspended for the entire season.   The news unleashed a circus of speculation surrounding the identity of the next owner, with Bob Iger, Shaq, and Floyd Mayweather Jr. being mentioned as candidates with varying levels of seriousness.  The Suns are also trying to deal a frustrated Jae Crowder, who capped off his summer of discontent by sitting out training camp and pre-season while the franchise works out a trade.  Speaking of pre-season, the Suns got off to an inauspicious start when the Adelaide 36ers came from Down Under and handed Phoenix a loss on their home court.  We all know not to read into pre-season too much, but between distractions at the top, the cloud hanging over Crowder’s exit, and simmering tensions between coach Monty Williams and Deandre Ayton, one gets the feeling that the turmoil from their disastrous second round ouster may extend into this season.

Whatever happens, there is still fantasy goodness to be mined from this fast-paced squad.  Here are my assessments as we near the start of the action:

**Sitting out pending a trade 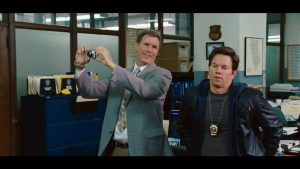 From here, it will be difficult for any member of the Phoenix bench squad to attain fantasy relevance without significant injuries across the team.  Landry Shamet and Timothe Luwawu-Cabarrot have not shown the ability to do much aside from hit threes, Josh Okogie is a break-in-case-of-emergency steals streamer, Damion Lee needs three-point and FT attempts to be useful, and Torrey Craig’s impressively bland fantasy profile is nothing to write home about.  If you’re scouring the board for upside picks in the final rounds of your draft, I’d look elsewhere.

That’s a wrap for my team previews this year.  Check out my Midweek Guidance every Thursday from October 20th.  Good luck on the season and, as always, hit me up in the comments with any feedback or questions!