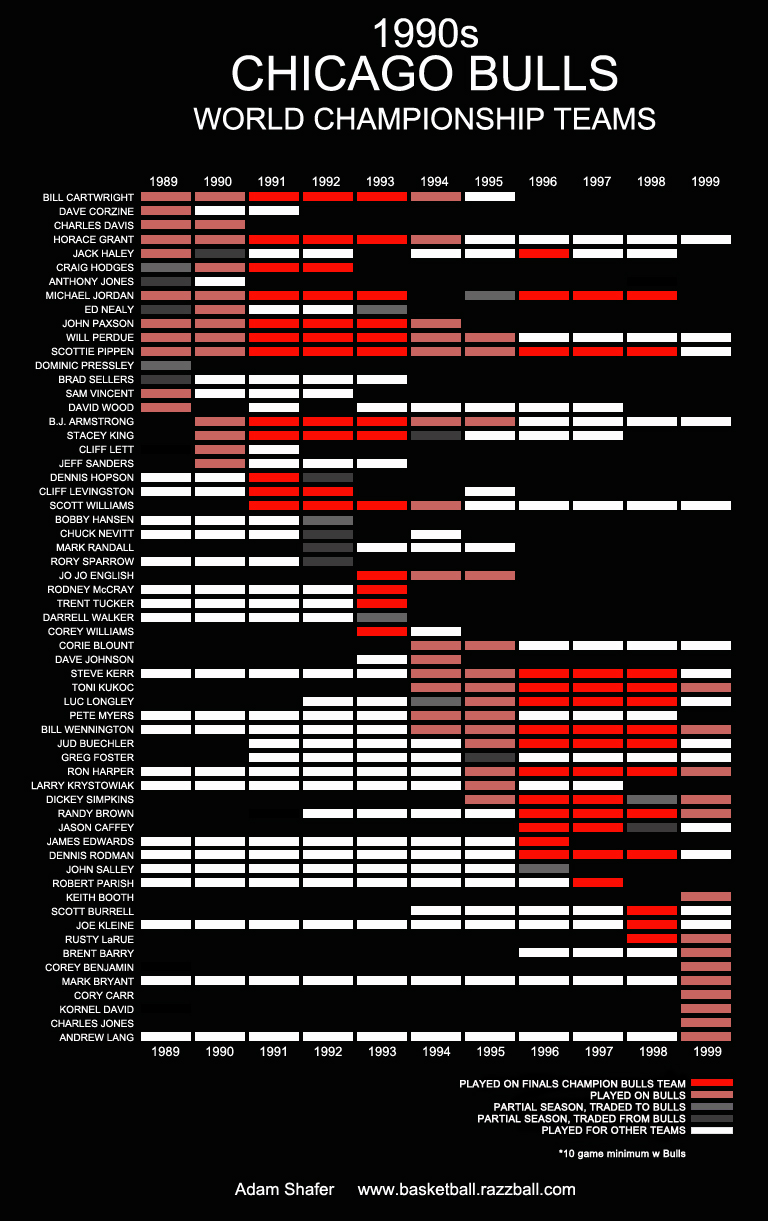 A couple weeks ago we looked at how the Lakers dismantled and, um, re-mantled five championship teams throughout the ’80s. Here’s a look at the shifting tides for Chicago’s first and only six championships.

I’ll keep the commentary to a minimum, but I always forget how different the first three teams were from the last three. Outside of Jordan and Pippen, no one from the third championship team was on the fourth championship team. Look at the 1994 and 1995 columns, specifically the careers that ended and began because of Jordan’s absence.

Also, I’m pretty sure Jo Jo English‘s career can be summed up like this: “NBA basketball is fan-tastic! Hey, Mike, where you goin’? … Mike? … Shit.”