Hello Razzball Nation! My name is Kostas (as you may have correctly guessed by the avatar name at the top) and I’m the latest addition to the fantasy crew here. I’m not that good with introductions so I’ll just say that I love fantasy and basketball in general and can talk about it for days. I’m more experienced in Roto leagues and I frankly prefer them compared to H2H. Too much luck involved in the championship matchup (injuries, resting of star players, etc) for my taste. So, for my first post I’ve prepared my projections for the top 155 (just to irritate people that like round numbers such as 100 and 150) players in roto, since Son has already covered the H2H part. The player value was calculated with the “z-score” method (the most widely used) and takes into account the nine standard categories (PTS, 3PT, REB, AST, STL, BLK, FG%, FT%, TO). One last thing to note is that the player value is the PER GAME player value, so injuries and games played are not included. Without further ado, here are the projections:

Random Thoughts on the projections: 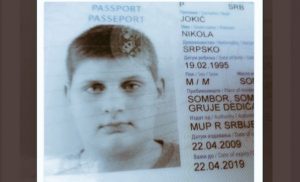 Frankly I can relate…

That’s all from me guys. I am waiting for your thoughts and will be lurking in the comments section to answer them all. Before I sign out, one big shootout to JB who with his writing and passion for Razzball got me hooked to the site and made me want to contribute as well. Hope everyone has a great fantasy year!

Welcome to the community bro! I’m a roto man myself, no doubt, so these are great. Of course, plenty of major differences between your list and Son’s (look at that Dennis Smith Jr ranking!), but this still excites me.

@Lasandro: Glad to be here!It’s only natural to have many differences with Son’s H2H rankings but that’s the whole point.Nice to see i’m not the only one who prefers roto around here!

Yoooo! Love this! Though I play both Roto and H2H, I am definitely a bigger fan and proponent of Roto. I have the exact same sentiments as you with regards to the luck aspect, etc. Been following Razzball for a few years now, and have had to base my rankings on the H2H ones provided by JB before, and by Son now. No complaint obviously since they all were/are great (just had to make some adjustments). But I absolutely love and appreciate a Roto-based ranking such as this. Sooo a HUGE thank you! Hope to read more content from you bro!

@Smush9: I was in the same position as you for the past years,since i mainly play roto so i had to adjust the rankings accordingly…Thanks for your kind words,will keep new content coming !!

Echoing what others have said, appreciating the pre-season Roto rankings on RazzBall. Thank you guys.

Let me be the first to ask about some specific Rankings.

1. Andrew Bogut Signed in LA after you released this list – You have Larry Nance pretty high @ 75 and I believe a lot of that ranking had to do with him getting more mins overall this season ( some at C ).
Wondering if you think Nance needs to be shifted back ? or do you still see him inside the top 90 ? I know they want to run a lot and he’s probably their best defender but it’s a real logjam at PF & C.

2. Boban – what is his value for Roto ? You have him @119 ahead of people like DSJR, Yet Jon Leuer is not on your list.
From everything I’m reading DET is going to start Stanley Johnson / Harris, meanwhile Leuer is going to play heavy mins at both PF & C.
This doesn’t bode well for Boban to get more than 12-14 mins a game.
Agree / Disagree ?

1)You are correct to assume my relatively high ranking on Nance had to do with the thought that he will play some backup center(Zubac was pretty meh during Summer League and he does not fit their style). The arrival of Bogut surely limits his minutes at Center and thus his upside.Right now i’d view him as outside the top 100 with upside to get back in with one or two injuries in the Lakers frontcourt.

2)I think Boban can get roughly 15-16 minutes per game,especially in situations where hack-a-Andre is happening.If he gets those minutes he is roto friendly enough with his good percentages to return top 120 value. Leuer interestingly enough just barely missed the cut(i think he was something like 158 when i run his numbers) but keep in mind he finished last season ranked no234 in the last 3 months(per game) while playing close to 25 minutes.Do you think he plays more minutes than than?I’m interested to know your thoughts on him.

Ya, is it wrong that I wouldn’t mind a Lopez injury/resting ?
Anyways LA ran the 6th fastest pace last year, that was without Ball. I think Nance’s transition speed and defense keeps him on the court with at least 24-25 mins.

The first 3-4 months of the season Leuer had solid production around 100th in about 26 mins per game. And then ran out of gas in the last half of season.

Only 6% of his playing time was at C though. This year, I think he steals more minutes at C .
He shoots the 3 and is a more capable perimeter defender and quick enough to guard stretch 5’s better than Boban or Drummond.

@Grizz: Seems to me like EVERY year Brook is either injured or resting down the stretch. I blame the Nets…I blame them for everything after their famous deal with Boston(most shortsighted trade in history) but that’s just me…

Back to the fantasy side of things,although Bogut does not fit their style either i can’t see how he doesn’t play 10-15 minutes so you are being optimistic with your assumption than Nance plays 24-25. if he ends up playing that much because Bogut has knees made of glass then he becomes a steal.

Van Gundy said he wants to play Boban this year so i think he gets the bulk of the backup C minutes.I agree that Leuer’s quicker feet can give him minutes at the 5 against quicker teams.To emphasize how close to be in the rankings he is,if i increase his projected steals just by 0,1 he jumps to no146.

Havent played roto in awhile but back to it this season. Would Goberts FT% (and high # of FTA) negate alot of his roto value or does he shoot just well enough not to sink your team in that cat? Thanks.

@ZorntoLargent: Welcome back to everyone’s favorite fantasy scoring system(totally unbiased opinion)…Gobert can be a bit of an anchor in the ft% department but his contributions elsewhere more than make up for it. It definitely doesn’t negate his value,he still is projected at no11 despite slightly decreasing his free throw percentage and increasing his attempts in my projections.He is nowhere near the burden Deandre and Drummond are for the category so you can safely draft him in the late first or early second round.

I’m in a 12 team, 9-cat h2h keeper league (we get to keep 2 players every year) with no IR spot. This year I have Westbrook and Lowry as my keepers. I also get to draft 1st this year, and the top available players in my opinion are:

Who would you pick 1st??

I’m leaning towards either John Wall or Kristaps Porzingis. Since I have Westbrook, I’m probably going to have to punt FG% and/or TOs. So Wall seems like a good pairing. The other option is picking Kristaps so that I have at least one quality big man before drafting next with the 48th pick.

@Chris: Dude you are killing all my Roto-only vibes…not cool…

I’m kidding of course,all comments and questions are appreciated.It’s kinda hard to pass up on a Westbrook-Wall combination since you can easily pull of a succesfull TO punt(and most likely fg% as well).You can try to package a bunch of you middle round picks for a chance to snag Turner or Porzingis as well, though it might be difficult.Even if you can move up a round or two it will be worth it to get a quality big that fits your build.

If you end up pairing the two guards try to get as many good rebounding-blocking big men(priority no1) and 3-D wings to lock down the other categories since you definitely don’t need another point guard whatsoever.Hope i helped in any way!

If Double double added to the league, who’s your best pick in round 1?

@Kat kat: With the DD category added i think Towns gets a massive boost and maybe is the clear no1.If you are feeling lucky you can bet on Anthony Davis who also has a DD fairly regular.Guys like Gobert,Jokic,Wesbrook and Wall(plus Harden and Paul to a smaller extent) also have higher value…

I’m in a brand new keeper league starting this year, but by no means new to the sport. We also have DD as a cat but no TO. I have 3rd pick and am fairly certain my Dad-in-law is taking Curry @ 1. 01. A lot of sites have The Greek Freak rated 1st this year and rightfully so, but I am really high on KAT with his dominance and age. Do you support taking KAT @ 3 or taking Freak if KAT goes 1.02? Also can you explain why Westbrook and Harden aren’t rated 1/2 in ROTO, or would they be with no TO cat, and would you take either of them instead? Thanks!

@Brandon: Starting from the last part of your comment, without the turnover cat Westbrook and Harden would indeed be the clear 1-2.If your league was not a keeper i would suggest one of them would be a better pick but the potential of Giannis and KAT to dominate for years to come is undeniable.I think i agree with your decision and would take the one who falls at you at the no3 spot, with KAT getting a slight edge due to the DD cat…

Good day guys! Been a follower of Razzball for 3 years already and your site has been very helpful in the NBA fantasy leagues that I join. Currently, I need assistance on how to improve my roster for a 16 team standard 9-CAT ROTO league. Your inputs/recommendations
are very welcome and appreciated. My team is below:

Thanks and more power Razzball!!!

@bucabrera: I like your team overall,it’s always nice especially in a deeper league to have a true superstar like curry and your top picks are on point.I would personally try to trade Fournier as he holds more “name” than actual value,crabbe can provide the same stats more or less.Maybe aim for a big with good percentages to help you there as you don’t have an elite fg% guy currently(your bigs all have below-average fg% for big men)…

This is awesome! Do you also have Roto Rankings w/o TO’s? Thanks Kostas!