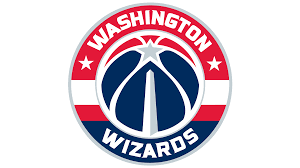 12 months ago, the biggest criticism of the Washington Wizards was a lack of roster depth, and this season offers a similar outlook. Out goes the Polish hammer, Marcin Gortat, and in comes Dwight Howard, in an attempt to create some of the pick-and-roll magic which brought the Wizards team from one of the worst in the East to a perennial playoff team. The heartbeat of the team still revolves around John Wall, and if preseason is anything to believed, we can look forward to an uptempo Wizards offense led by the former All-Star looking to push the pace, flanked by an excellent wing combo of Bradley Beal and Otto Porter Jr. Can Washington’s big three thrive with the arrival of Howard? History suggests no, as the last three teams Howard has played for have all seen a decline in the win totals. The East might be depleted this season, but for Washington to maintain the status quo, it must rely heavily on it’s starting rotation and pray for good health.

When healthy, John Wall brings a devastating combination of elite assists, steals, and blocks from the point guard position. He also chips in a healthy dose of points and boards. The downside, however, is that John Wall only played in 41 games last season and struggles from both the line and the field dampened his per game value, as he shot only 42% from the field and 72% from the line, his worst totals in both categories since his rookie season. The turnovers in 9 cat leagues can not be ignored either, as Wall has been consistent in turning the ball over close to his career average of 3.8 a game season after season (in 2017/18 the total was 3.9 per game). Drafting Wall comes with plenty of risk. The upside is top 15 player in 8 cat leagues. The downside is Wall missing plenty of time and struggling with efficiency. It will likely cost you a 3rd round pick come draft day for the 28 year old franchise point guard, but given the risk, I am likely to take safer options instead in the third round and allow Wall to be someone else’s headache. Vying for the backup minutes will once again be Thomas Satoransky, the Wizards best ball handling option outside of the starting unit, with Austin Rivers and the developmental project, Troy Brown, likely to slide into a combo guard role. If Wall goes down, Satoransky will likely be first in line to be added, but the upside is limited, as Bradley Beal would likely see an increase in usage.

Year after year we see Bradley Beal improve, and year after year we continue to see him being underrated for fantasy. This might be the first year when most sites have priced him appropriately. Coming off a season in which he averaged 22.6 points, 4.5 assists, 4.4 rebounds, 1.2 steals and an impressive 46% from the field (6.5 attempts from beyond the arc with 2.4 makes), there is a lot to like about Beal’s fantasy game, especially with how the shooting guard position thins out later in drafts. Now an argument can be made that Beal thrived because of the extended absence of Wall last season, but statistically speaking Beal is actually a better player with Wall on the court. Beal has the potential to be a 25/5/5 guy with plenty of steals, treys, and excellent percentages for his position, which has him knocking on the door of the elite. Backing up Beal will be a combination of Austin Rivers and Jodie Meeks, with only the former really holding any value if injury hits the All-Star backcourt.

Otto Potto Jr. is Mr. Consistent for the Wizards, posting almost identical numbers last season to those of the year before. A 9 cat darling, Porter thrives in leagues where efficiency matters, given his low turnover rate of 1.0 per game, 50% success from the field (including an impressive 44% from downtown on 4.1 attempts), and 83% from the line (albeit from just 1.7 attempts). The floor is high, but a ceiling can be reached if Porter becomes more aggressive and gets to the line more. It is also worth noting that the Wizards took 9.3% more three’s per game in the pre-season, and if this number can carry over into the regular season, OPJ would surely benefit. We can expect Otto to split time between the 3 & 4, which will open up plenty of minutes for the continued development of Kelly Oubre Jr., an underrated player who should continue to be the first man off the bench. The 23-year-old quietly averaged 27 minutes last season and should receive the same this year. He averaged 11.8 points, 1.6 treys, 4.5 rebounds, and a steal per game with improvement expected this season. He is also very capable from the line, but he kills the FG%, as he shot 41% from the field. If Oubre Jr. can show more consistency from the field, he could viable as a late-round selection.

Otto Porter Jr. is likely to feature prominently at the position when Kelly Oubre Jr is on the court, but Markieff Morris should start and offer his usual dose of solid percentages, a three, a steal, and 5 boards a game a game. ”Kieff” isn’t sexy of flashy, but with his 27 minutes per game, doesn’t really hurt you anywhere, especially from the line where puts up an impressive 82%. There is limited upside, the blocks are light (just 0.5 per game), and the arrival of Dwight Howard will likely negatively impact his rebound number from 5.6 to the 4 range. Safe, boring, and unspectacular, I am more likely to use my late round picks trying to catch fire rather than select the grizzled veteran whose numbers have stagnated year after year. Jeff Green will soak up some minutes from the power forward position, but unless it’s 2008 all over again, there is very little to see there, even in the event of injury.

Dwight Howard has been banged up this preseason, suffering from a literal pain in the ass, rather than being the usual pain in the ass. After signing a mid-level exception to join the Wizards, Howard will be looking to add his healthy contributions in points/boards/blocks. More a target for punt free throw teams, as Howard will shoot around 57% from the line. The one piece of good news is that the FT attempts are not in double figure attempts anymore, but at 7.2 attempts, he is still a major killer in the category. Howard still holds his place in fantasy, but unless punting FT% or playing in H2H leagues, leave him to others as his best days are behind him. Should Dwight Howard go down, the next in line would be Ian Mahinmi, who would be worthy of a speculative add. But until such time, leave the once promising French man on the wire.