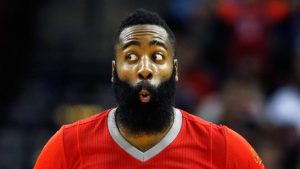 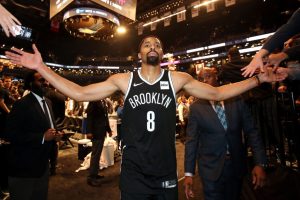 I recently met a conspiracy theorist. He seemed so proud and satisfied that he had the inside scoop on so many topics (“You know what’s going on in Cuba, don’t you?”), while the rest of us only know what the government wants us to know. Well, I went down a rabbit hole to which he directed me just for kicks. Wow, there are a lot of crazies out there trying to obtain knowledge that no one else has, regardless of how insane it is. Shout out to Kyrie.

I realized, though, that I can relate. At least when it comes to fantasy basketball. There’s certainly a draw to uncovering a conspiracy and being part of only a small group of people that feels wiser than everyone else. Or, more relatably, being the only person to know a secret. This is how I felt the first time I manipulated a fantasy bball player rater. I was finally confident enough in my Excel skills to subtract categorical columns for punt rankings. I had decided to go all-in on a punt free throw percentage 8-category Roto dynasty team. Removing the FT% category dramatically changes the value of many players. I realized that I could trade players for much more than they were worth to me while acquiring players for much less than they were worth to me. Obviously, the downside was taking last place in a category. But since I was near the bottom in FT% anyway, I only lost maybe 2 points there while gaining something like 7 or 8 total points combined in other categories. The problem in a league like that is that I would’ve needed to get first in nearly every other category to win it all. I peaked at second place.

Yeah, yeah, you’re aware of the simplest of punt strategies. I know. But, aside from overrating rookies in dynasty drafts, this is really what I’m most passionate about: the concept of ignoring categories that aren’t going to help or hurt you. 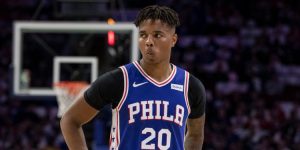 Man…I really feel for Markelle Fultz. He was the #24 recruit out of high school and received scholarships from over 20 colleges, participated in the McDonald’s All-American Game, was a member of the Team USA Under-18 squad, First-Team All-Pac-12 and Third-Team All-American in college, and was selected with the first overall pick in the 2017 NBA Draft. On top of the world, as they say, at the tender age of 19 years old. But then the yips surfaced. “The condition occurs suddenly and without apparent explanation…It is poorly understood and has no known treatment or therapy. Athletes affected by the yips sometimes recover their ability, which may require a change in technique. Many are forced to abandon their sport at the highest level.” The most well-known athletes to succumb to the yips are Chuck Knoblauch, Nick Anderson, Mike Vanderjagt, and Rick Ankiel. Is Fultz about to join them?

It’s looking likely, as TheAthletic wrote an article yesterday saying that Fultz is dealing with wrist and shoulder issues AND would prefer to move to another team. I’ve been a mental midget at times in my life and have dealt with depression as well, so I empathize but understand some of the realities of the shituation. I was able to hunker down in my cave and deal with my demons, but he’s in the public sphere with everyone all up in his business. The pressure and attention must be debilitating. I feel for you Fultz and wish the best.

This is a fantasy website, though, so I must address the implications from a fantasy perspective. The Fultz stops here. Do not use the Fultz, as the issues seems to be mental. He took an entire season off to deal with it, yet it’s only gotten worse. If he’s having trouble with this, imagine Draymond Green yapping about the yips in his ear. He’s a drop in most formats. I guess in the deepest of leagues, you could stash him as a lottery ticket, but that’s about it.

Did the Boston Celtics sabotage him? I guess the most important thing to take away from all of this is that one should always be cynical when a team is willing to pass on the consensus number one overall pick in the draft. 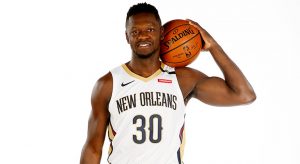 ….Julius did mess around, notching his sixth career triple-dub. In only 25 minutes! There’s been nothing but love for Julius in New Orleans, as he provides the team with a physical presence down low, who can also be a playmaker in the third-fastest team in the NBA for offensive pace. Ain’t nobody stabbing this Julius in the back. From a fantasy perspective, though, don’t go slicing and dicing your team to acquire his services. He’s a fine player, as he’s currently the 87th player according to Basketball Monster. The issues are the limited minutes, lack of threeecolas, low assists, and miniscule defensive contributions. Hopefully no one comes and stab me in the back now. 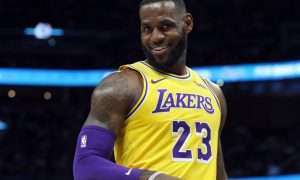