Last year, I mentioned that I was a big baseball card collector as a kid, having been the perfect age when that really became a big thing. I was fortunate to have a group of friends who loved to trade cards and a dad that would take me to baseball card shows to build my collection. I had chosen Ken Griffey Jr. early on as my favorite player, so fortunately, I was on the lookout mainly for his cards. If I can ever decide to part with them, at least I have hundreds of cards featuring a Hall of Famer. The same cannot be said, however, for my brief foray into the world of basketball card collecting. I decided to complete a small set of the 1993 NBA Draft first-rounders. And from this group, like when I picked Griffey as my favorite player when he was a rookie, I chose an exciting young player to focus on. The decision to collect Isaiah “J.R.” Rider cards for a few months did not return the same joy and imaginary wealth, unfortunately. But it certainly was easy to trade for his cards! 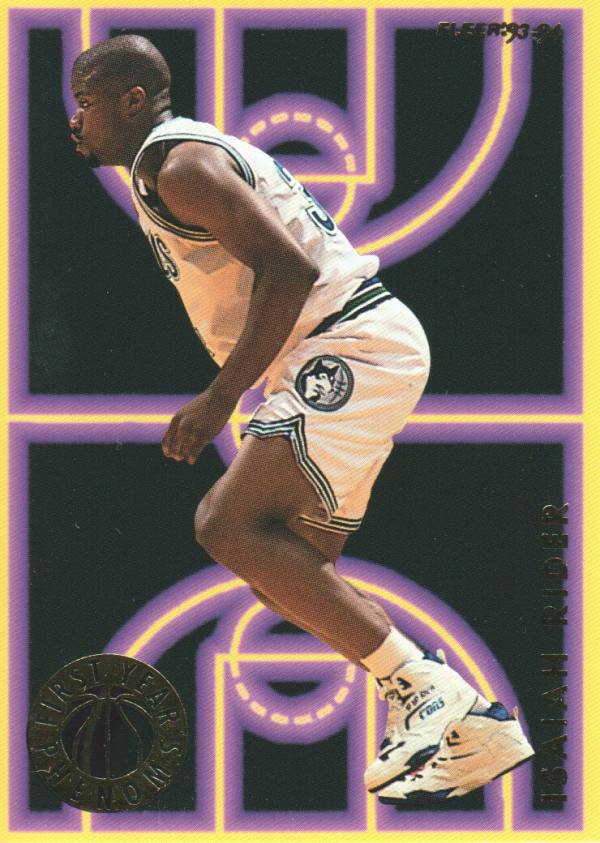 Speaking of trading, as I write this, the trade deadline, one of my favorite days of the year, is only 15 days away. Now, after a trade goes down that day, do you want to be one of the people rushing to your app, hoping you’re the first to see if the guy that’s getting a huge bump in minutes and usage is still available? Or, do you want to be the one that they all curse when they find out you picked him up a week earlier? Obviously, we can’t stash all the players that could be in line for a big increase in fantasy value, but today I’m going to try to identify a handful of players to either stash now or to keep an eye on, depending on your league size, as the trade rumors continue to come out. And with that list, I’ll provide their per-36 minute stats. No, most won’t get that many minutes even if they are the beneficiaries of a deadline deal, but it’ll at least give you an idea of what they could do with an increase in minutes… plus, it’s fun. 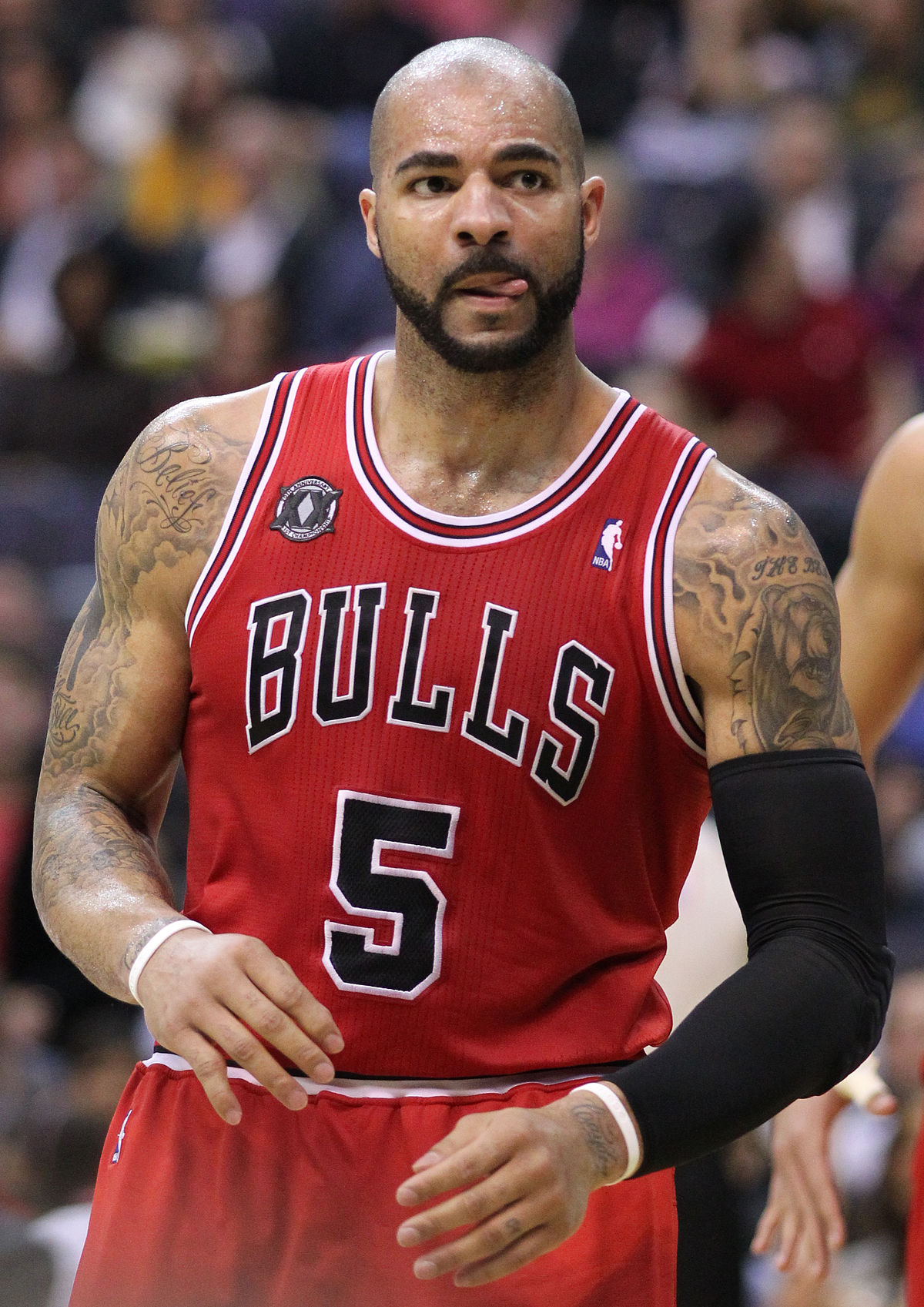 FIVE… DAYS. The NBA “offseason” has kept us almost constantly entertained with a loaded draft, free agency rumors, the best summer league ever, and multiple superstar trades. But, it’s time for some real, official action. And by that, I mean actual stats that count in our fantasy leagues, of course. This season, more than any other, I’m just a huge fan of the entire NBA and my fantasy teams. You see, I’m a longtime Bulls fan. And while I’m an optimist that’s been quite obsessed with the Sixers rebuild and their amazing potential, the Bulls have messed up their tank job in half a dozen ways prior to even getting it off the ground. So, I’m really itching for some Lonzo outlets, CP3-to-Capela lobs, and an unexpected six-steal game from my most recent free agent acquisition. Let’s get going already with this new crop of talent! 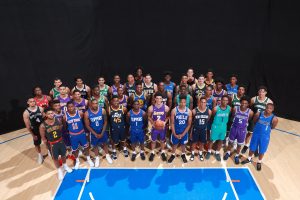 Last week, I talked about ways to find advantages by removing certain stats your team doesn’t need for various reasons and shuffling up player values so you have a better idea of who’s actually the most helpful for your team during drafts. That’ll be a theme as the season goes on, because it really leads us to trades that can help us a ton, while helping the other team enough that they pull the trigger. But we’ve got another weekend of drafting to go, so I’ve compiled a list of a few more places to take advantage of what I see as market inequities. If you’ve already drafted, maybe this can spark some trade proposal ideas, too.

There’s a famous song for people who have clear cases of either “no-first-name” or “no-last-name” disorder. You may know it.  Let’s take Paul George for example. Paul George, Paul George… no last name, no last name… you can call him Paul, you can call him George… no last name, no last name. Well the lyrics are entirely true, because, in fact, he has no last name. For those who don’t know what the hell I’m spewing, it works really well to the tune of Frère Jacques. If you don’t know what that is, you had a deprived childhood and should let your parents know about it… in disgust. There have been some other star-studded players in the NBA with no last name. Chris Paul, Ray Allen, Bill Russell… oh did I forget Michael Jordan? There is something in the water with these surnames, it’s called basketball-jones, or Michael’s secret stuff.

There is one player’s name that I just can’t seem to figure out. Not God Shammgod, Fennis Dembo, or Pooh Richardson. Not Yinka Dare, Uwe Blab, or Fat Lever. (All of those are real names). I am talking about my next candidate for your Beyond the Glory viewing. Bogdan Bogdanovic. A name that sounds like a mix between your neighbor’s schnitzer-poodle and my grandmother’s bunyan medication. The thing is, Bogdan is a damn good basketball player and could be coming to a fantasy team near you, very soon. This name sounds familiar, you may be saying to yourself. Was this the name of the dish I ate at the local Turkish eatery last night? Is that the sound a horse makes while on it’s death bed? Is that the native tongue of Borat? All valid questions. It sounds familiar because there has already been a Bogdanovic in the NBA for some time. Bojan Bogdanovic broke into the league in 2014 with the Nets and now finds himself on the Pacers roster after a brief playoff run with the Wizards last year. He’s been a nice player, only useful for fantasy purposes when he goes on 3PM binges. But today we focus on his 25 year old brother, and recent signing of the Sacramento Kings.

I was happily watching my beloved basketball, and enjoying, yet all the while feeling old. I reminisce about the good old days. The bulls were winning 72 games, shorts had just gotten longer, the only tattoos were on Dennis “the Worm” Rodman, and Centres were lumbering lumpy giant dudes like Bill Cartwright and Rasho Nesterovic, with undefined arms and soft hands, like a baby’s bottom. It was a simpler time. You could be a geek, and still dominate the NBA, a la John Stockton, who was a millionaire, and never stopped getting his mom to cut his hair, apparently. The league, while being dominated by the likes of freaks like Michael Jordan and Scottie Pippen, still had room for geeks to make their mark. Heck, the biggest geek of them all, the illustrious Larry Bird, the one lumpy to rule them all, still played in 1992. Is there space for Geeks in today’s league, or is there only to be athletic freaks from now on? Let’s take a look at a few from each column, and see if they fit the description, hmmm?

For one week this season, it feels like there are more stars returning from injury than ones getting hurt. However, that won’t console those who saw their players were added to the injury list. So we’ll start with the bad news first.

All-Star Jimmy Butler suffered an elbow sprain in Sunday’s game and will miss the next 3-6 weeks. Fortunately the injury will not require surgery, but that still puts him out for most, if not all of March.

Joining Derrick Rose and Butler on the sideline, Taj Gibson is out with another ankle injury. Out since suffering the injury in Friday’s game, he’s no longer wearing a walking boot. Gibson has a history of ankle injuries so the Bulls’ may want to be extra cautious with him, but Gibson should be considered day-to-day going forward.

Here it is, friends, the big kahuna. It’s like when your friends sit around and say, “what are your top 30 Arnold Schwarzenegger movies?” Only instead of that, it’s me telling you the top 100 basketball players for fantasy basketball purposes. Now this is going to shock you, but I would not really go by this […]

I love a good big man. That works in both a gay disco and a basketball court, which is basically on par for the amount of sweaty men grunting in close proximity to each other. As we continue our 2012-2013 fantasy basketball rankings, I am happy to hit the tallest of the tall. I grew […]

Yeah, you caught me.  You didn’t believe it because there aren’t any grizzly bears in Memphis.  Look how smart you are!  ESPN readers would have tweeted the headline without thinking.  Now if the headline read “Gilbert Arenas Fights Grizzly Bear In Vancouver” then you totally would have believed it.  Why?  Because Gilbert Arenas is crazy. […]