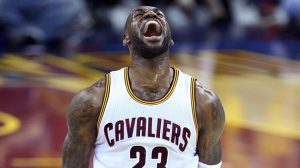 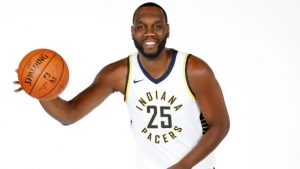 Perhaps no player since the great Oscar Robertson has felt like such a nightly threat to record a triple-double than Russell Westbrook. Lately, when the Thunder point guard takes the court on any given night, you’re expecting huge production. You can just tell how much he wants it. He is a special player with an unparalleled combination of aggression and talent…and it was on full display on Tuesday night.

For the third game in a row and the sixth time this month, Russell Westbrook poured in double-digit points, grabbed double-digit rebounds, and handed out double-digit assists. He finished Tuesday’s home win with 21, 13 & 15.

The remarkable thing though, is that Russ is ranked 54th for 9-category per-game fantasy value this month, due in large part to 4.7 turnovers per game and a high-volume .408 mark from the field. This is a perfect illustration of how eye-popping numbers can be misleading when gauging a player’s actual value to your team. In contrast, Kawhi Leonard is a full 50 ranking spots ahead of Westbrook this month with more modest averages of 22.7/7.4/2.9. But when you add in a .495 shooting percentage and only 1.6 TOs, the valuation swings wildly in his favor.

So while Russell Westbrook is posting trip-dub after trip-dub, it’s prudent for fantasy owners to keep in mind exactly what goes into the making of a star in the real world versus the fantasy world as this 2015-2016 season comes to an end.

It’s hard going into the fantasy playoffs without thinking of that cliche soundbit over and over… I feel like the dude from Pi trying to write an open to this, the drill is plugged in!

But seriously, if you’re still reading at this point in the season, there’s a 95% chance you’re in the fantasy playoffs or in the running to win your Roto league. The other 5% of you… I love you. Thanks for reading until the bitter end!

As with the advice you’ll see anywhere, now is the time to move on from anything that isn’t nailed down, no more stashing unless you have a bye, and it’s week-to-week, all-hands-on-deck (can-I-come-up-with-any-more-linked-together-phrases?!) here on out. I’m all over the place with emotions right now, I can’t focus on a succinct open! I shocked the world by winning the reg. season of the Slim vs. JB RCL, got another playoff berth in the REL, UNCW (my alma mater) is playing in-state rival and a buncha-crooks Duke, just had my first epic fantasy baseball draft… There’s so much going on! And with March Madness obviously cutting into our basketball time, don’t sleep on your fantasy hoops postseason and start partyin’ it up like James Harden when your season is on the line. I don’t care about getting my 14 over 3 upset, I need to get to the semis! So stay locked and loaded, don’t let the NCAA Cinderellas these first 2 rounds distract you, and let’s go out and bring home the bacon. Here’s what went down over the weekend in fantasy hoops action, plus The 7 Ahead for Week 20 – the first week of the playoffs for standard H2H leagues: