Check out this excerpt from a 2002 ESPN The Magazine article detailing an interview that provided the substance for what I think was an And1 ad campaign featuring Kevin Garnett:

Q: Are you overpaid?
KG: Hell no. If anything I’m underpaid, with everything I do. That’s a ridiculous question. I have to do everything for this team.
Q: Are you tough enough to play in the Western Conference? Maybe Minnesota should move to the East.
KG: Man, I’ve been in the Western Conference for seven years. Holdin’ it down. Nobody there scares me. Look at my numbers. You know my rap sheet.
Q: What are your numbers?
KG: Twenty, ten and five. Twenty, ten and five. Three years in a row. And I’m rounding down. Who else has done that?
Q: What does that get you?
KG: It gets you what it gets you. 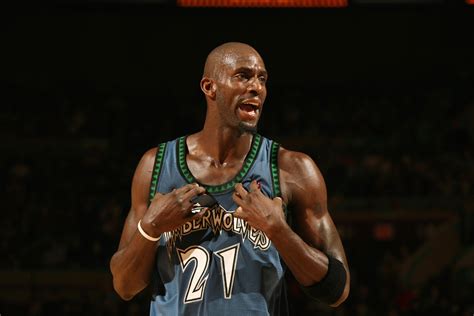 “20, 10, and 5”. I remembered hearing that line repeatedly around the time I started playing fantasy basketball, and it always stuck with me as the gold standard baseline for greatness (big men dominated the top of the fantasy landscape) and a main reason KG was a fantasy first rounder for years. Points, rebounds, assists. That’s all anybody every really seemed to talk about. And, to this day, those are the numbers to which we all pay the most attention, whether or not we know better. Triple-doubles, double-doubles. “How did LeBron do tonight?” – “Oh, great! 27, 11, and 7!” KG would impressively go on to hit at least 20/10/5 for three more seasons, but that leaves out half his great numbers! Garnett had up to 1.7 steals per game and up to 2.2 blocks per game during his career, and that really sent him to the top of the fantasy rankings. Top 5 in 8-category and 9-category per-game rankings for at least those six seasons. If he’d started playing a decade or so later, I’m sure he’d have been hitting a three or two each game, as well.

Today, I’m going to extoll the virtues of three stats that often get overlooked. Threes. Steals. Blocks. Next week, I’ll address the other three categories that so many ignore: Field Goal Percentage, Free Throw Percentage, and Turnovers. And those can be even more important as categories that can even impact us negatively. These less sexy categories obviously count for just as much as the big three, yet they get thought of as just icing on the cake. Not even worth paying attention to. How much can an extra 1.0 steals really count for, anyway? Well, considering that’s the difference between replacement level and elite at that category, that’s like the difference between 16 points and 29 points. So, let’s start giving them equal focus while our competitors don’t and win some trades!

To put it in perspective, here’s the result of an exercise I did last season. Looking at all stats accrued for about the first month of that season, here is how you’d have to weight each statistic to make them equal to the amount of points accrued:

To illustrate, ten points rolled in about as often as one made three-pointer. And one block was as rare as 22 points. So, let’s get more familiar with the average and elite amounts for today’s three stats so that we know what’s really worth going after. The averages I’m providing come from a study I did of the 2017 stats for roughly all the ownable fantasy players that year. The projections I’ll reference come from Razzball’s own Son in his preseason top 200.

Of the three stats we’ll talk about today, this may feel like the one to which we give the most attention. But, I wonder if we’ve gotten so used to seeing nearly every player hitting threes that we haven’t recalibrated our expectations to the current climate of long distance shooting. 2.0 per game used to be great. Is it still great? Maybe it takes 3.0 now to be elite? Honestly, I’d expect the average to be slightly higher now, two years after I came up with 1.3, as well.

38 players are projected for 2.0 or more threes per game this season, so you’ll need more than just one or two of those guys, of course. 15 are expected to hit 2.5+ (and a few of them are injured or aren’t getting the required minutes so far) and only six are projected for 3.0+. Those are the guys you want. Especially those that don’t also happen to be MVP candidate types, like Eric Gordon. Though, with Steph Curry around 4.0, remember that that translates to being worth something like 50 points per game based on my weights above. He’s ridiculous.

On the other hand, blocks are going down. Hopefully this crop of rookie big men can reverse that a bit in the coming years, but they may not shake it up much this season. Again, 2.0 used to be great… now, is 1.5 great?

Son’s got only 13 players projected for 1.5+ and six projected for 2.0+. I know many of us felt the void of available blocks while drafting this fall, praying that these rookies could give us a handful of them as a Hail Mary. Anyway, I think it’s time to start valuing 1.3 blocks the way we used to value 2.0 when the league was more big-man driven.

I always get the impression that steals are last on everyone’s mind. They don’t always correlate to a certain type of player, so you just kinda patch it together when you can. But if that’s how everyone else is thinking of it, if they’re even paying attention at all, you can take advantage and put more importance on it.

So, how many steals is elite enough to target? We’ve got 27 players projected for 1.5+, so you really should have two or three of them if you want to compete. Hardly anyone gets to 2.0 these days, so if you see a couple guys close to that mark that you think you can get, I’d go for it. Think Robert Covington/Trevor Ariza types that won’t command huge value back in a trade. 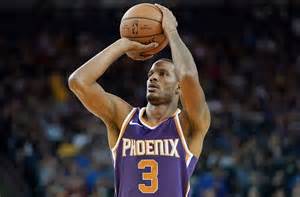 Alright, that’s all for today. But something I’ll be doing on a regular basis this season, once we have a larger sample, is updating you on who’s putting up the most value in combinations of these overlooked stats like steals plus blocks and FG% plus FT%. To me, that’s how we find the truly valuable fantasy targets.

I’ve said before that I’m not thrilled with the amount of attention paid to triple-doubles. However, while we’re celebrating steals and blocks, here’s the only NBA triple-double to not include points:

Draymond was pretty close to becoming the 5th NBA player to record a quadruple-double. Those, I’m certainly impressed with. 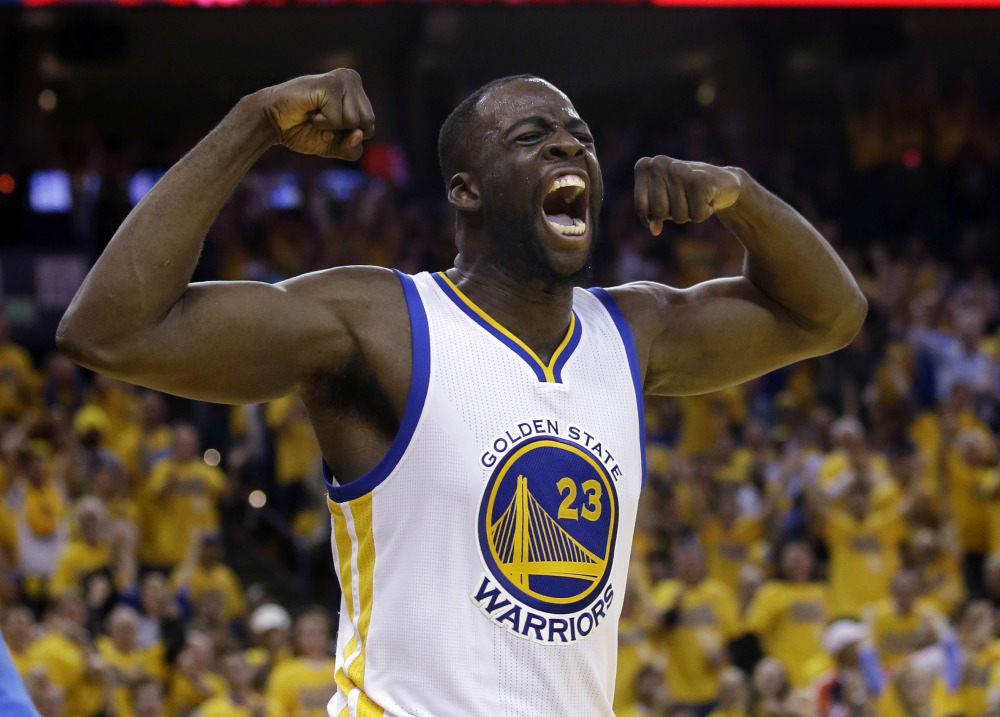