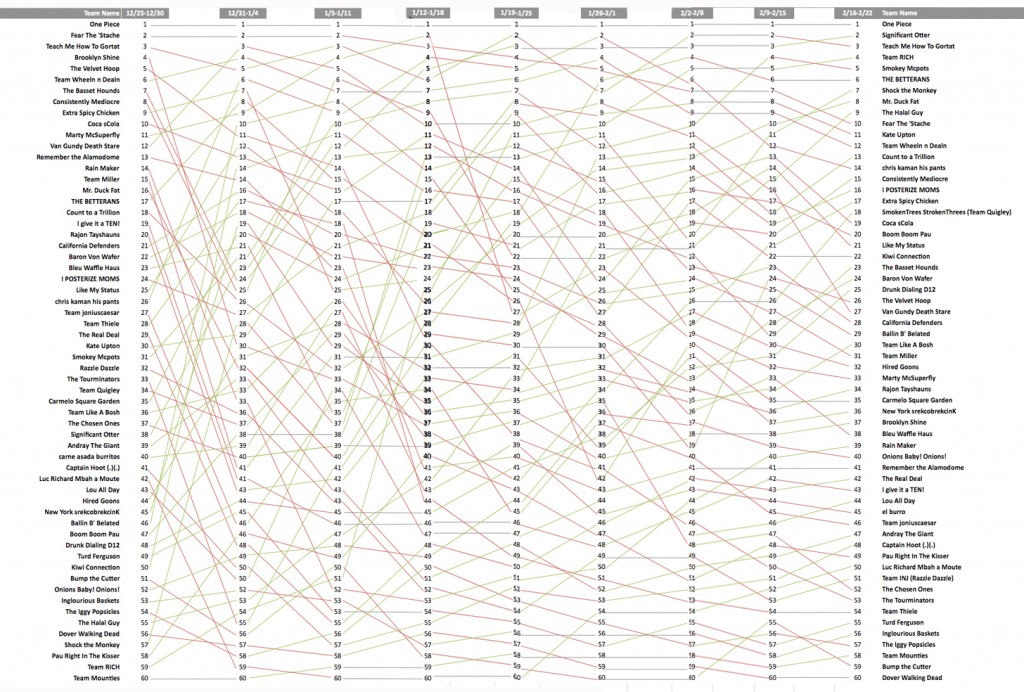 Things after nine weeks are continuing to move with less movement than Amar’e Stoudemire going for a rebound. Only one team chute ‘n’ laddered more than 10 spots this week. Van Gundy Death Stare (which I misread as Van Gundy’s Death Star every single week) dropped 11 spots this week, which was inevitably going to happen to any team stuck with Nene, Derrick Rose, Turkoglu’s rotting corpse and the entire Pacers rotation. Not sure how he’s going to fix The Nene Affair (which, bee tee dubya, would make an excellent R. Kelly album title), but Rose is back, which is better than Rose’s front.

It’s a short week this week, so we’re taking a break and will return for week 11, wherein Jeremy Lim will have played as many minutes in his career as Greg Oden has, the NBA will have created a DH-like position in which one player only plays defense on one end of the court, while the other just cherrypicks for easy layups, making Jared Jeffries and Amar’e Stoudemire giddy as hell and Jarrett Jack switches into the home jerseys of Portland and Toronto mid-game without anyone noticing.

Here’s the spreadsheet. Have a great weekend!