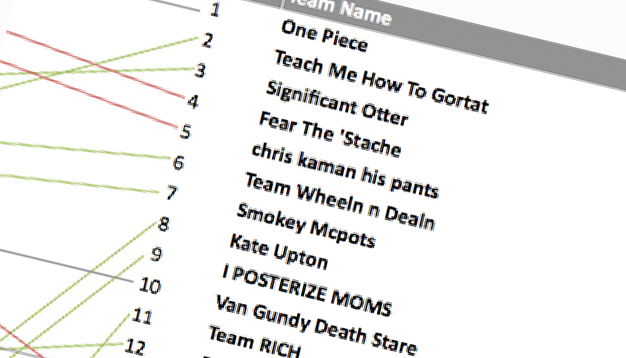 Week 5 is as dead and buried as the Bobcats’ playoff chances and in the RCLs, we’re seeing some more leveling offt and a few teams falling off. One Piece remains about as untouched as the hors d’ouevre plate we all saw the hostess sneeze on and Marty McSuperfly had a McStupefying drop. Bleu Waffle House / Onions, Baby! Onions have each played 162 games in the first five weeks (32.4 games per week) leaving me to wonder if there’s anyone still driving those cars or if Jesus has, in fact, taken over their wheel. On the flip side (or Flipcide, if you were in the Wizards’ front office this week!) Team joniuscaesar has played 218 games in the first five weeks (43.6 games per week) and should finish out his fantasy season sometime around mid-February.

In the interest of pitting entire divisions against one another, Wall’s Dougie League and Big Ball Dance League both have five members in the league-wide top 20. Chili Shimmy only has two, suggesting that perhaps that league is the most well-rounded and competitive. Below are the league leaders, only one of whom leads in both total and per game average (Significant Otter, despite having played the 12th fewest games in the entire league has grabbed more rebounds than all other teams and is averaging 1.1 boards more a game than the no. 2 guy. I don’t remember ever seeing a guy slaughter a category the way he is slaughtering rebounds). 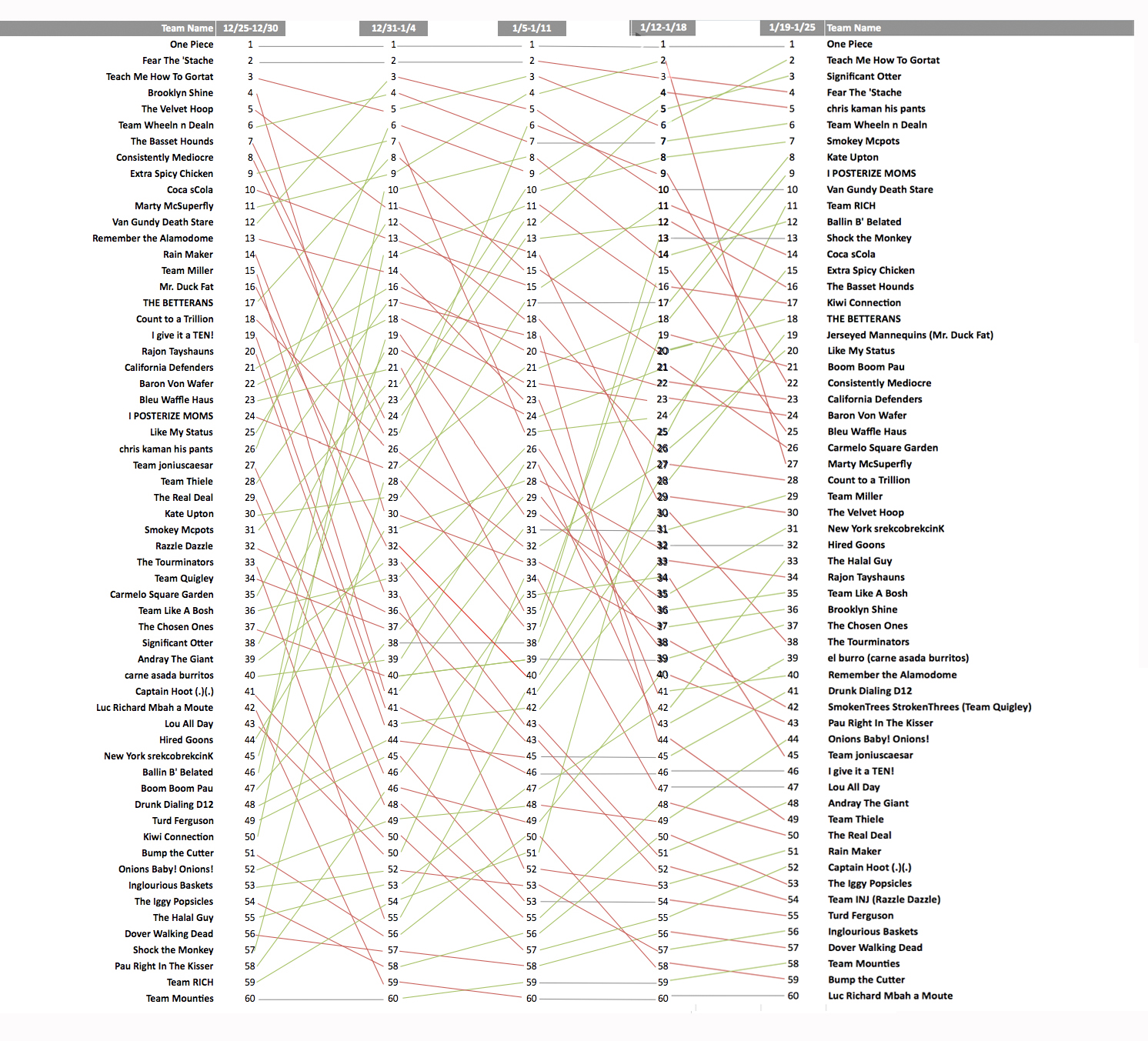