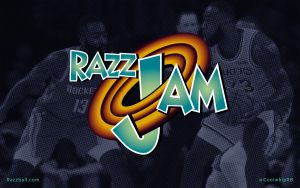 Football has the Scott Fish Bowl and Razzbowl. Shoutout to Scott Fish, Donkey Teeth, and BDon. Baseball has TGFBI and the Razzslam. Shoutout to Justin Mason and Donkey Teeth. Again? Does this guy ever sleep? These tournaments are amazing because they allow readers and fans to compete with the titans in the industry, while bringing their respective communites closer. Now, fantasy basketball has a similar tournament: The RazzJam.

The tournament will be played on the NFC (National Fantasy Championship) website, where the best high stakes leagues are run for all the major sports. The general format will be: slow draft, 8-cat, and roto, replicating the NFBKC Draft Champions format. I will provide the exact details and particulars at a later date, but as of now, I am just gathering worthy participants.

Drafts will begin on September 21. There will be a four-hour timer, which decreases to two hours at round 12. New for this season will be the incorporation of $10 FAAB for the entire season. Drafts are 22 rounds deep, so the waiver wire pool will be sparse, but this new addition will allow for the replacement of season-ending injuries.

NFC utilizes “Third Round Reversal,” so the first two rounds are standard snake draft order (1-12, 12-1). In the third round, though, the 12 slot picks first. After that, everthing returns to normal.

There will be multiple leagues with an overall champion being crowned at the end. Kumite! Kumite! Obviously, the more participants, the better, so fill out the form below: