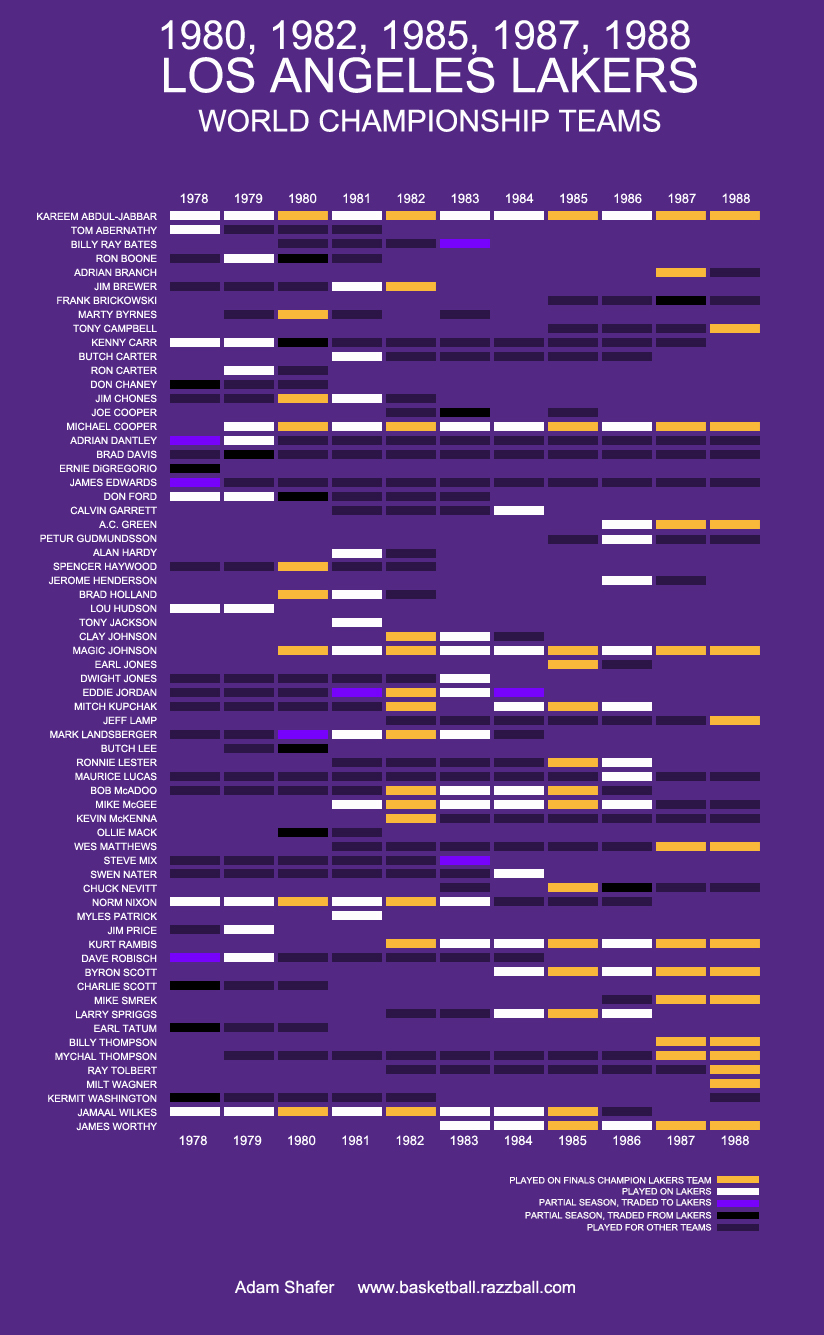 Also, congratulations to Billy Thompson and Milt Wagner for only playing championship-caliber basketball. Let no one credit Magic Johnson for any of L.A.’s success!