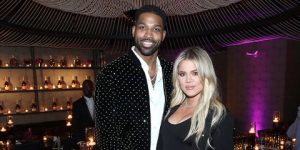 Over the first 10 games of the season, Tristan Thompson was must-see tv, as he averaged 33.5 minutes, 16.5 points, 11.4 boards, 2.3 dimes, 0.9 steals, and 1.4 blocks. He was even shooting 50% on 0.6 tres attempts! He was the #31 player for fantasy! At the time, I attributed the out-of-Tristan’s-world production due to the fact that he was going to be a free agent after the season. He wouldn’t be the first, and won’t be the last, to “play harder” due to chasing the bag. Then, the production inevitably fell and Tristan became the Tristan we were accustomed to; boards, blocks, and shitty free throw percentage. But then last night’s performance forced me to dig deeper.

In 45 minutes during an overtime game! A career high in points! As Vince Lombardi yelled, “What the hell is going on here?” Now, lean back, light a cigarette, and take a trip down the rabbit hole I inexplicably ventured into last night. The things I do for you guys. And I didn’t even eat shrooms. Alright, here we go. Back in February, Khloe Kardashian broke up with Tristan because he was cheating. Tristan likes to play with the ladies, but that hobby requires plenty of coin, which explains the extra burst of motivation to start the season. But then one morning, he sat up in the bed, looked to his right, and saw a woman who’s name he did not know. Then he looked to his left, and had the same troubling thought. The existential dread was too much to handle. He couldn’t sleep. He moped around the court, as he searched for the meaning of life. As a result, that dip in fantasy production was not the result of natural regression. It was due to the mental state of our protagonist. Then it hit him. Khloe was his meaning in life. He had to get her back. I actually clicked on and read an article on radaronline.com. The things I do for you guys. Anyways, a “source” said that Tristan “stepped up his game and been a model dad lately, as well as extremely generous and kind towards Khloe.” Beep. Boop. Bop. You know what never has to step up its game? The Stocktonator. It was also reported that he and Khloe hooked up after a Christmas party. Looking at the game log, from December 6th to December 16th, a span of seven games, Tristan grabbed double-digit boards in only one of those games. In the subsequent nine games, he failed to grab double-digit boards in only one of those games. Things that make you go hmmmm. Hey, people correlate strip club ratings to James Harden performances! I will die laughing if this theory actually pans out. All kidding aside, Thompson has been shooting free throws well lately, 79% on 4 attempts over the past six games, which has propped up his overall value……to top 225! Granted, the field goal percentage has been an awful 39%, so expect 50% from the field and 60% from the line going forward. If you need boards and blocks, then Tristan is viable, especially since he plays over 30 minutes per game. Just realize that there is a chance that he gets traded, which would severely impact his playing time.

Over the past four games, Garland has been a top 125 player. I know, I know, that doesn’t sound exciting, but considering that he was barely a top 300 player earlier in the season, 125 don’t look so bad now, right? He’s playing close to 37 minutes per game and the most promising development has been the improvement in dimes. He’s dishing out close to 5 per game, a big increase from the 3 he was posting. The shooting efficiency isn’t great and the defensive stats are lacking, but he’s going to play a ton of minutes for a crap team, have the ball in his hands, and provide points, tres, and dimes.

Only played 20 minutes due to foul trouble. Love hurts, literally, as Kevin Love punished him down low. Sekou is still young and will get punked by bigger vets on occasion, but the Pistons seem committed to him. He should provide tres, boards, and some defensive stats. The percentages aren’t great, though.

Just the 31st time that Dre has posted a 20 point/20 board/1 steal/1 block game in his career. With Blake Griffin done for the season, Dre is going to feast. I posted the on/off numbers a few days ago. I’m in Vegas right now, so you’ll understand my laziness for not copy and pasting. Plus, I’d appreciate the clicks.

Got the start and played 38 minutes. Over the past seven games, Brown has done plenty for you. He’s averaged 31.8 minutes, 11.1 points, 4.3 boards, 5 dimes, 2 steals, and 0.6 blocks. He’s been shooting 41% from the field, which isn’t great, but there is reason for optimisim in that department because he’s shooting 44% on the season. As long as Luke Kennard and Reggie Jackson are out, Brown will continue getting run. When both return, he likely goes back to the bench but there is a chance he supplants Jackson in the five. See what I did there?

In 36 minutes off the bench. Over the past four games, Rose has received over 30 minutes of run per game. For much of the season, he had been capped in the 26-28 minute range. The usage rate has been an absurd 36.5. With Griffin out, the N. W. O. may include Rose blooming more and more and more and more. If he can stay healthy, and he keeps getting the run, Rose could be a top 75 player for fantasy. He should score plenty of points and provide tres, dimes, steals, and excellent percentages.

Yawn. Even when Mt. Whiteside doesn’t erupt, fantasy lava still oozes out, to the delight of the inhabitants below.

In 17 minutes off the bench. Jaylen has appeared in eight games this season and averaged 4.7 minutes per contest. I just want to prepare you guys for the inevitable game in which he blows up, so that you’ll have already been exposed to “Team X could do nothing to stop the Hoard!!!”

The minutes have been way down recently. Over the past three games, he’s averaged 30 minutes as he was recovering from an illness. He should get back to playing over 35 minutes soon. If Wiggins can maintain the improvements in shot selection and efficiency, he has a chance to finish as a top 100 player for fantasy, which would be a career-best.

Got the start but only played 20 minutes. With the Wolves getting healthy, Napier will return to being a pumpkin.

In only 17 minutes because the game was a blowout. Dieng it! Over the past three games, Dieng has been a top 25 player. Need a tres streamer? 2.3 per game from Gorgui! His main contributions come from boards, defensive stats, and excellent percentages. It sounds like KAT will be returning soon, which ends the party. Dieng it! With that said, there is a chance he plays alongside KAT and the possibility that KAT misses more games.

Over the past five games, Tatum is shooting 38% from the field. That smile on Channing’s face has turned upside down into a frown. On the season, he’s shooting 42%, so it’s been an issue. With that said, the contributions in points, tres, boards, and defensive stats have been delicious. He could dish out more dimes, though.

Kemba has the ability to pop off on any night, but he’s been more solid than sexy this season. That’s the result of playing on a better team with better players. If he stays healthy, he should finish the season as a top 30-40 player for fantasy.

I’ve been singing the praises of Kawhi 2.0….uh, I mean Brown all season long, so it’s only right that I write him up when he sucks. This was his poorest shooting performance of the year. Prior to this breakout season, the main concern with Brown’s game was the shooting efficiency. Now, it hasn’t happened often this season, so I’m willing to dismiss it as a “shit happens” game.

In 31 minutes off the bench. Smart contributes in every category. There’s a tax for his services, though, as the field goal percentage is a vomit-inducing 37% on the season. Did I mention that he contributes across-the-board?

Joel Embiid will have surgery on his finger and be re-evaluated in a few weeks. Al Horford received the start at center while Mike Scott slid into the power forward slot. Kyle O’Quinn was  DNP-CD.

My RichardSON!!! Over the past six games, my RichardSON has been a top 60 player. The defensive stats, which is why we love my RichardSON, have been a little light, but the dimes and shooting efficiency have been en fuego. With Embiid out, my RichardSON will see more usage, but the increase has only been 1.6% this season.

Shit happens. Only the second time all season that Harden scored fewer than 20 points in a game.

Gallinari is a top 60 player for fantasy on the season. He provide points, tres, boards, and excellent free throw shooting. The field goal percentage isn’t great, though, and the lack of defensive stats and/or dimes crimp his value, but let’s just put a positive spin on things; he focuses on what he’s good at and doesn’t stretch himself too thin. The main concern, of course, is injury, as the 68 games played last season was the most since the 81 he played back in 2009.

Only played 28 minutes because of blowout. Top 25 player for fantasy on the season. Words of his demise were greatly exaggerated.