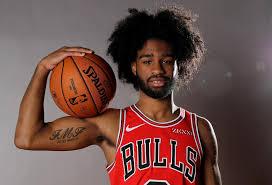 It’s been an up and down rookie season for Coby White of the Chicago Bulls. In his second professional game, he scored 25 points on 10-for-16 shooting. The next five games, he scored a combined 31 points. He would then score 20 points in back-to-back games, only to drop a single-digit turd the next. To his credit, he never turned shy and meek, continuing to jack up shot after shot, despite creating enough bricks to soften the nationwide homeless crisis. Sounds like another Coby, expect he spells his name K-O-B-E. Maybe KOBE has channeled some of his spirit into Coby, because he’s been balling the F out lately. Last night was the latest iteration.

In 33 minutes off the bench. The last three games, Coby has scored 35, 33, and 33 points while playing 33, 34, and 34 minutes. He’s shot a combined 35-for-61 (64%) from the field and 18-for-31 (58%) from downtown! Coby! Kobe! Coby! Kobe! What an amazing run. He’s even chipped in 3 steals, a block, and 16 rebounds. Now, this is a ceiling outcome for Coby. Let’s just not dismiss the fact that he’s shooting 38% from the field on the season. He’s developed, grown, and become more accustomed to the NBA game, so improvement was to be expected, but this level of play is unsustainable. For fantasy, he’s going to continue being the guy off the bench for the Bulls and playing over 30 minutes. The points, tres, and and sprinkling of boards, dimes, and steals will be provided. With that said, expect the field goal percentage to be in the 40% range, which will have us remembering that there is only one Kobe.

The Hornets got exterminated, 80-119 by the Pacers. Beep. Boop. Bop. You know what exterminates the competition as well? The Stocktonator. Two players scored in double figures. Usually, it’s a “no blurbs for you!!!” moment, but there’s a reason why we always slow down when an accident happens.

Got the start because Devonte Graham was depressed from bricking so many shots. Kidding. Coach Borrego just gave him the night off. In stepped Monk, who did his best Graham impression. Or maybe it was Scary Terry being a mentor and showing the ropes of ineptitude. At least he’s showing leadership.

In the box score, C. Martin was right under C. Martin. Or maybe it’s C. Martin was right above C. Martin. Either way, they were close to each other. My first thought was, “ESPN needs to hire a new stat guy.” Then my second thought was, “Do I need new glasses?” My third thought was, “Am I drunk even though I don’t drink?” My fourth thought was, “Have the Hornets finally cloned another basketball player?” Then, of course the only logical thought would be, “Why C. Martin? Why not Michael Jordan?” Anyways, too much thinking for me. As a result, I don’t remember if I put the correct stats for the appropriate Martin. It doesn’t matter anyways. Do you have a favorite Martin? Cody is the one that may have some fantasy relevance, as he’s averaged 25.1 minutes over the past seven games and looks to have carved out a niche for himself. He’s a low usage player who won’t score much, but can chip in some boards, dimes, and steals.

Aaaaaaaaaaaaaaaaaaaaaaalmost messed around. That would’ve made five this season! What’s gotten into him? Do you now believe my theory that he and Arvydas have switched bodies? Sabonis now has 44 dub-dubs on the season, two behind Giannis for the league lead. He’s a top 50 player, but needs to contribute the D in order to take that next leap. _omantas it is.

I walked 500 Myles for a block party!!! It was aiight. The points were missing, but everything else was provided for. For a big man, the boards and field goal percentage are low, but at least he drains tres? Yeah, he’s kind of a disappointing fantasy asset.

Got the start and played 30 minutes because Victor Oladipo did not play due a back issue. Holiday provides points, tres, dimes, and steals when he gets run. The shooting efficiency is a problem though, as he’s converting only 41% of his attempts on the season. He will start when Oladipo sits, which could have more frequency, but even when he comes off the bench, Holiday will see consistent run due to the Jeremy Lamb injury.

In 23 minutes off the bench. Like lil bro, Justin is an inefficient shooter, but will also see consistent run with Lamb cooked. He can provide tres and steals.

Returned to action and did what he do. He’s one of the few that actually deserves the first letter in their name. On the season, he’s averaging 2.5 blocks and 1.4 tres.

I respect the heart to keep launching them. Finally, Nurse had to throw in the towel and stop the fight. Ibaka ended up playing 29 minutes.

Man, I guess that Bucks defense is really freaking good, huh? Check out this Ringer article.

LaVine has really grown on me over the past year or so. Dude is a baller. I have to give props to Brent, as he was all over him like curry on rice. I would say he’s the president of the LaVine fan club, but he didn’t draft him in all his leagues so…..he gets dinged. But the number of cum-stained posters make up for it.

In 33 minutes off the bench, as Daniel Gafford only played 14 minutes. Is a viable option until Wendell Carter Jr. returns, which could be soon.

Got the start and played 34 minutes.

Casey, stop being a moron and just play your best player. Thanks.

In 25 minutes off the bench.

Casey, stop being a moron. Thanks.

In 29 minutes off the bench. Paul Millsap struggled and only played 19 minutes, but I don’t think it’s the N. W. O.

In 22 minutes off the bench. Torrey Craig was DNP-CD, so MPJ may have carved out a niche for himself. He can score and grab boards, but the real-life defense concerns me about his playing time floor. We shall just see how it all shakes out. There’s ceiling here, but I have to see consistent playing time before I hop on board.

The free throw shooting and the lack of dimes are what hold him back. Stop being so selfish, Jaylen!!! Once again, how can professional ball players not be able to hit a free throw? Boggles my mind, man.

Continues to start and played 38 minutes! He’s averaging 35.4 minutes over the past three games. What a time to be alive. Ariza is primarily a steals guy who will grab some boards and drain some tres. He will pop off offensively once in a while to suck in the naive out there, but those of us who have taken a ride on the Ariza Experience know better.

These used to be considered Mt. Whiteside explosions. Now, they are as common as the sun rising in the east and setting in the west. Hope I got that right.

No Dame means C. J. time, who garners a usage rate of 34, an increase of 7.6%. No idea where the blocks came from, though. Maybe the statistician mistook him for Whiteside.

The ex-girlfriend returned to the club and was strutting her stuff…and all the fellas had their jaws hanging down to the floor. Story continued in the Anthony Davis blurb….

Still not blocking shots, but those should come, right? The rest of the game is so damn impressive. I can’t wait to see what full-fledged Zion looks like. 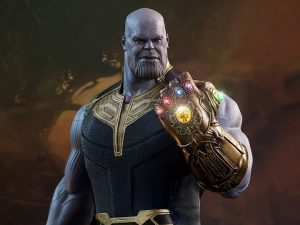 The other ex-girlfriend also sauntered into the club. This wasn’t the sexy one, but she could still work it, albeit with some noticeable flaws.

Ahhhh, the new girl. If we had any regrets of what could have been with the past, we just look at AD and noddingly approve and whisper to ourselves that everything is aaaaaaaaaaaalllll good.

Like a good homie, LeBron had AD’s back and wasn’t going to let the ex-girlfriends come back into the club and take over. No sir.

Holy shit balls….Danny Green lives. This was the first time he’s done anything since opening night.

15 minutes in his Lakers debut. He’s strictly going to be a backup.

In 17 minutes off the bench. Bald Mamba needs to play more, as he is one of the best guards the Lakers have. He’s a better real life player than fantasy one, as he’s primary a steals guy, but last night showed that he can stuff the stat sheet.

Continues to start and played 24 minutes. I’m thinking that Bagley and Holmes are done for the season. If so, then Giles and Len will split the center minutes down the middle. Just speculation on my part.

In 31 minutes off the bench. Over the last three games, Bazemore has been a top 20 player, averaging 27 minutes, 18.7 points, 2 tres, 5.3 boards, and 2 steals. He’s shot 54% from the field! Yeah, that’s not continuing, as he’s a 36% shooter on the season. Bazemore is a steals guy who will grab some boards and drain some tres. Coach Walton loves him for now, but that could change at any moment, especially when the shot starts building a house of bricks. Keep an eye on the playing time.

Got the start and played 25 minutes. I’ve gone from “not falling for the banana in the tailpipe” to “I kind of believe” to “real deal Holyfield.” I just threw up in my mouth. Points, boards and defensive stats are what Chriss will provide.

In 25 minutes off the bench. If Kerr can get Bender to ball out, then he will truly be the GOAT.