Ever wonder how many players have scored 50+ points in a game since Jordan entered the league? No? Really!?! What about the number of 50+ games over the last 27 years? No, again? NEVER? That’s weird. I wonder what you DO wonder about. Us, here at Razzball, we mostly wonder about that kind of stuff. We also wonder what others are wondering. This is how we get through the long winters.

Anyway, we mapped out every player with multiple 50-point games starting in 1984. We had two reasons for this. The first is because what better era to begin with than the Jordan Era, and 2) because compiling accurate game log stats pre-1984 is terribly taxing and I have a cat that needs affection. Priorities! 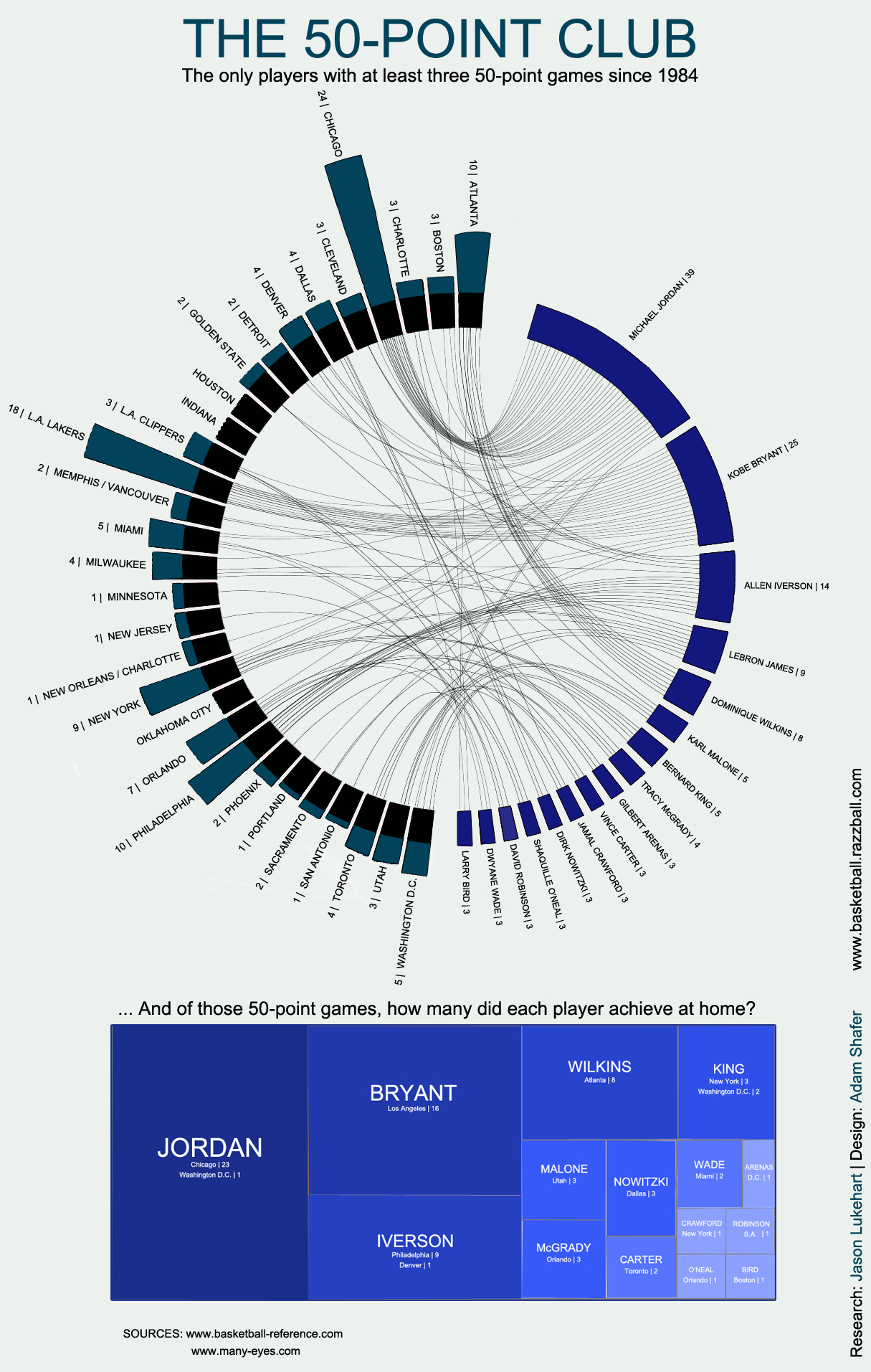 I have no doubt that Olajuwon laced up his L.A. Gears every game with the intent to never ever let someone drop 50 on his team, so Houston never being on the fuzzy end of that stick doesn’t surprise me, but Seattle/OKC and Indiana being the only other two teams never having been embarrassed like that surprises me greatly.

As Jason pointed out when turning over his research, in the last 27 seasons, LeBron has had the fourth most 50-point games (9), but none of them occurred in front of a home crowd. Dominique Wilkins, on the other hand, ONLY scored in front of an Atlanta crowd. Bernard King also did his monster scoring at home. Frankly, without King, both D.C. and New York would have significantly poorer showings. So, you know … damn you, Bernard King.

The Washington Wizards/Bullets are the only franchise with more than two guys to score 50 points in a game in the last quarter century. Not the Lakers. Not the Celtics. D.C.

Larry Bird did drop 50 against the Hawks on November 10, 1989, but the game was actually played in New Orleans as a ploy to relieve the franchise of sagging hometown attendance. Luckily, such low attendance would only last another decade or five.