Today is one of my favorite days of the year. I hope that by the time you’re reading this that 40+ fantasy-relevant players have been traded and the NBA and all our leagues are in total anarchy. As of late Wednesday night, I’m happy to see we’re well on our way! Once the dust settles and you’re surveying the landscape, hopefully having snagged some newly valuable players during the dust storm, remember that your leagues’ trade deadlines are probably about three weeks away. So, let’s talk general trade strategy. I’m not going to get into specifics about buy-low players or fitting certain players into certain team builds. Just concepts with a little evidence sprinkled in.

Let’s start with consolidation. That’s normally the name of the game for experienced fantasy veterans. The ol’ 2-for-1 deal (or 3-for-2, etc.). For example, you trade a 7th-round guy and a 5th-round guy for a 3rd-round guy. Then trade that 3rd-round guy and a 6th-round guy for a 2nd-round guy. Keep reloading with savvy adds (guys often worth like 10th-round value) from the waiver wire and repeat until you’ve got mostly players ranked in the top 40 or 50. Hopefully, most of us have leagues too competent to allow for many of those deals. But anyway, the general advice is to get the best player in a deal and to try to trade two good players for a great player. 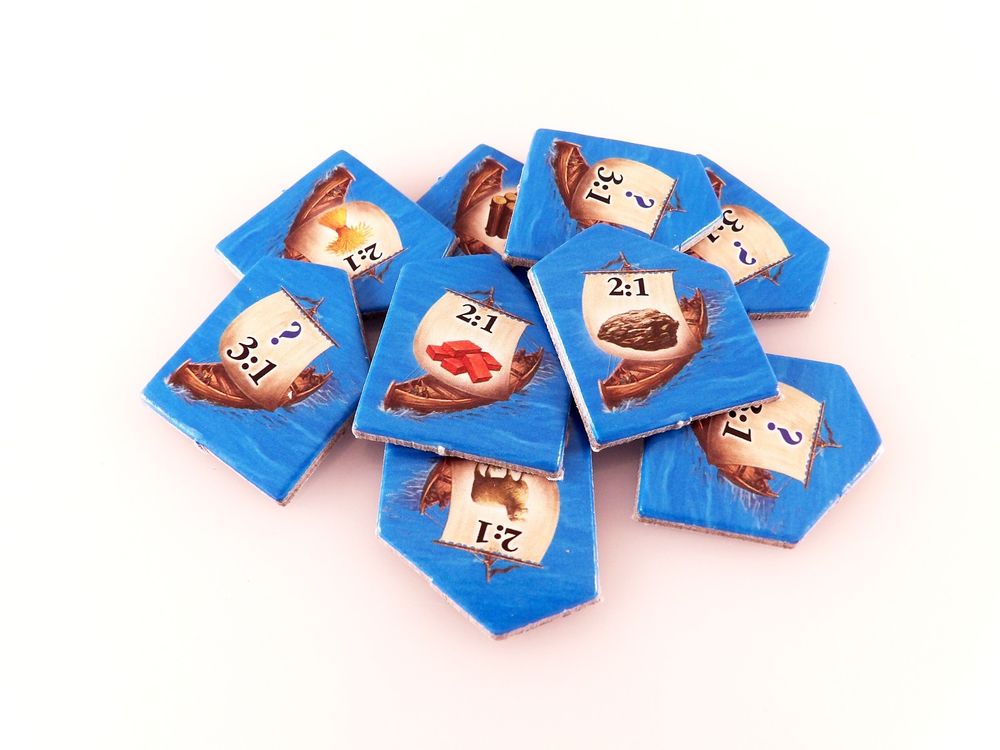 An example where it’s almost always best to consolidate: keeper leagues. As you prepare for the next season, up to the point that it hinders your chances of winning this year, see if you can move players with any trade value that you won’t be keeping to upgrade the players that you can. That’s an easy one.

However, there’s a limit to that consolidation advice being the most beneficial, of course. And I think a lot of people aren’t open-minded enough about this. Trading the 32nd and 33rd player for the 31st is probably a terrible move, I think we’d all agree. That’s an extreme example. But, where should we draw the line? When do you want to be the one getting more players than you’re giving? Starting with that keeper league… let’s say you’re rebuilding. It could be advisable to trade a veteran for multiple young players early in the season to have more lottery tickets that could pan out by the next keeper deadline. Taking that thought to redraft (non-keeper) leagues… if you have a bench player that you don’t need to play, likely in a roto league, you could consider the type of move I just mentioned. Trading for stashable players could benefit you down the road. But, consolidation could still be the way to go, since you want your starting lineup to have as much value as possible. Depends on how competitive your team is. If you play in a head-to-head league, though, where you need as many games played as possible out of your squad, you want everyone to be start-worthy. Say you just lost a player to a long term injury or finally cut bait on a bust. You’re looking at the free agent pool. Maybe it’s worth trading a 5th-round type of player for a 7th and an 8th rather than keeping the 5th and the free agent add, which could potentially have 12th-round value or so. Side note: Remember that replacement value (the free agent you would add) is higher in shallower leagues.

That’s a tough call on what’s more valuable, though. First, every team is different, giving each player unique value to it. There are plenty of trade analyzers out there, and I’d suggest using them if you need help seeing how players affect your specific team. But, for general value in a vacuum, you can use player rater values. Yahoo, ESPN, and Fantrax have ratings you can use, but they’re for season total value instead of per-game value. I’ll use per-game rating from Basketball Monster because it’s more predictive.

Here are the values of the top 200 per Basketball Monster. 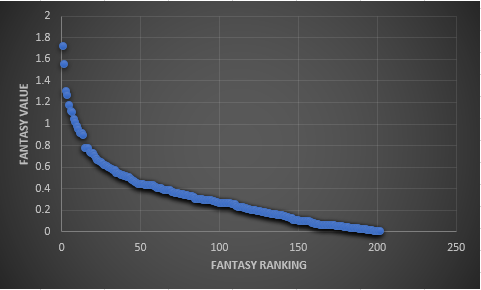 The values at the end of the group were negative, so I shifted everyone up so that the bottom had exactly a zero rating. And that change I decided to make just shows that even these overall value numbers are relative to your league size and what a zero rating has been determined to mean (average player? replacement level player?). But anyway, take a look at how valuable the top players in the league are compared to the rest of the top 200. It’s similar to this each year. Anthony Davis and James Harden are each worth about two players ranked around #10. And the difference between #10 and #20 is close to the difference between #35 and #100. What does that all mean? The top players are exponentially more valuable than those behind them. So most likely, you’re better off paying 2-for-1 to get, say, a top 25 player. But, once you slide down that curve, especially to the 50+ range… well, there’s much less difference in value, so you’re probably better of buying 2-for-1 in a lot of cases. Also, I think we all could use regular reminders to use player value/rating rather than player ranking when it comes to trading.

We’re going back to the 1970s this week. Your 1972-73 #1 fantasy NBA player would have been… (thanks again Basketball Monster)… Tiny Archibald! Four statistical categories were about to be invented, but for that season, there were no steals, blocks, turnovers, or 3-pointers counted. He did lead the league in two of the five that existed that season, though (points and assists). 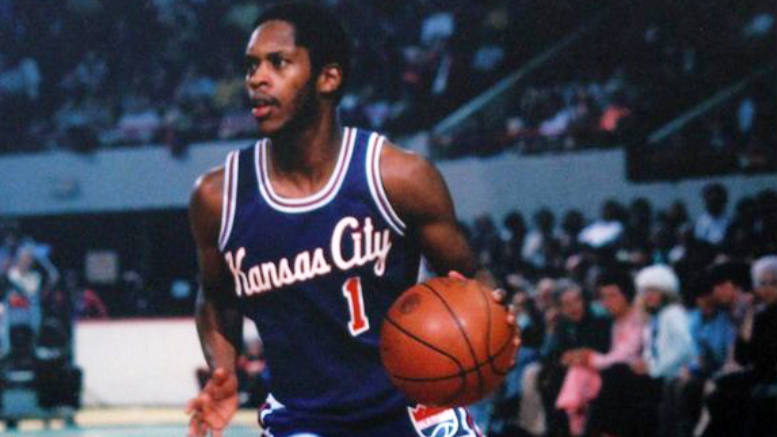