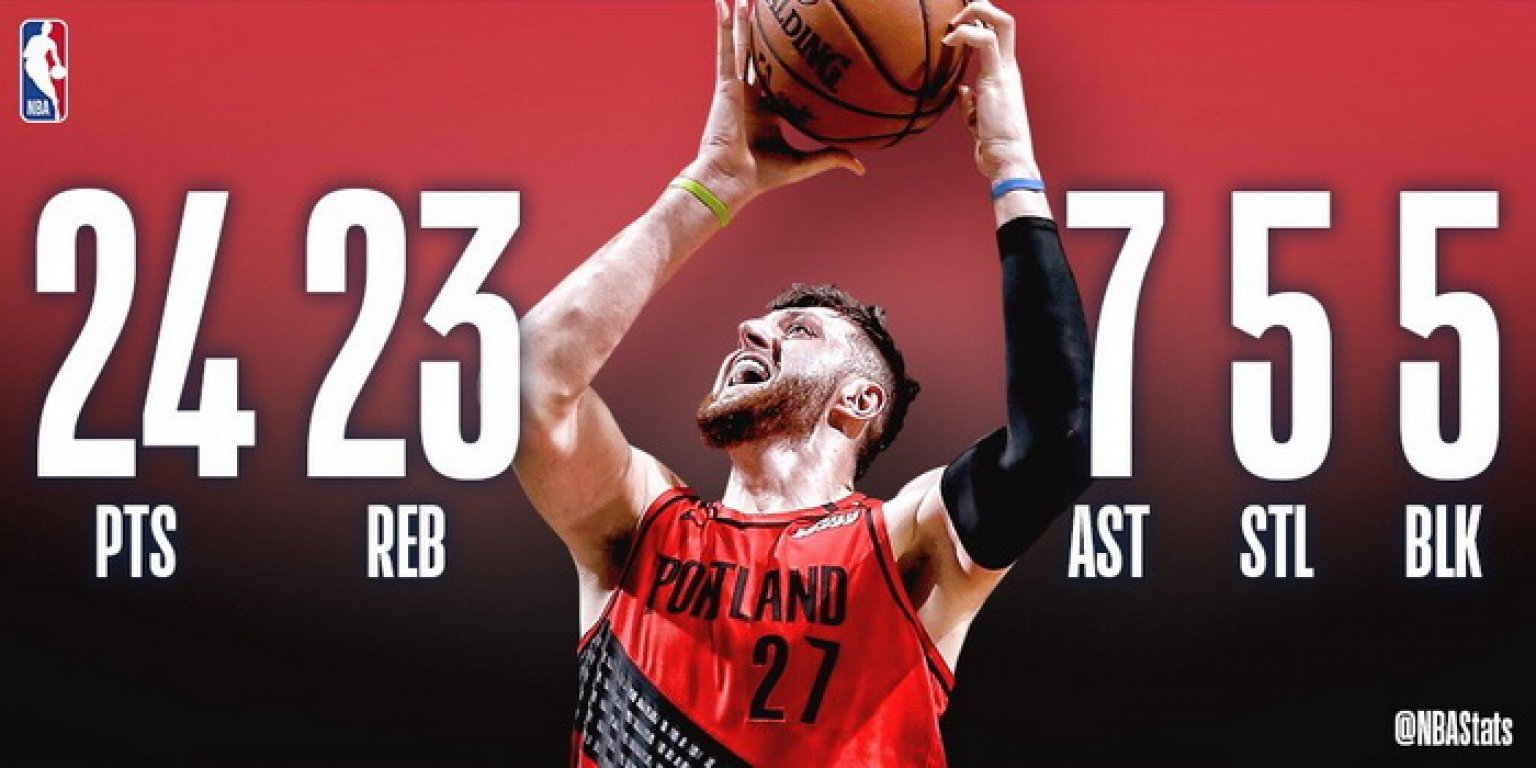 Last season, I did this exercise just a few weeks into the season, which could possibly account for some of the lower points and assist numbers, but there’s definitely some climbing offensive production this season, too. Maybe it’s also due to that shot-clock rule change. Anyway, here are the average number of per-game stats per team (rounded for simplicity):

This means that three-pointers are exactly ten times rarer than points right now. Dividing the points by each of the other category results gives us the factors we need in order to normalize each stat to the category of points, which we’ll consider a standard unit of sorts.

So, a rebound is 2.4 times more rare than a point in an NBA game, and a block is 22 times more rare (!), etc. What does this do for us? Mainly, I want it to serve as yet another reminder that stats aside from the big three are rare and a big deal if you can corner the market on them. Also, it’s fun to see a steal from one of your players and consider it equivalent to a 14-point shot (and a turnover as a negative 7-pointer!). Other than that, well, it doesn’t paint a complete picture of fantasy stat value, since we’re not considering things like: a bunch of non-fantasy-rostered NBA scrubs’ stats are included here, outliers aren’t valued accordingly (think standard deviations), heck, I didn’t even go into shooting percentages since shot volume adds a dimension that turns this simple math into something pretty ugly that none of us want to try to understand right now. Last year, I went into more detail and endless caveats that you might enjoy if you’re digging this stuff (https://basketball.razzball.com/run-the-numbers-learn-the-value-of-stats). I’ll save you the time this year if you’re not interested in any extended ramblings.

So, here’s where today’s topics converge. I thought it would be fun to see how all the 5x5s in NBA history stack up against each-other when we account for statistical scarcity. So, I’ll actually ignore the two categories above that aren’t a part of a 5×5. I must cop to my hypocrisy once again. I often rail against the overrating of the double-double and the triple-double for reasons I’ve exhausted many times. So, why do I like 5x5s? First, they’re much more rare and difficult. Also, there’s a better chance that they’re fantasy gold (see above regarding scarcity of steals and blocks).

Like last year, I’ll multiply each of the categories by the normalization factor we found and add it all up to create a next gen stat that I brilliantly called the Counting Stat Normalization-Palooza. So, after removing three-pointers and turnovers, let’s refer to that total as the Modified Counting Stat Normalization-Palooza (MCSNP). Shoot. Wish I’d thrown some vowels in there. I guess you can pronounce it McSnap if you’re so inclined and super cool. Alrighty, here we go. I cobbled together all the 5×5 lists I could find. There’s mention that one of the sources of this list found records prior to 1992 unreliable, so there may be more. 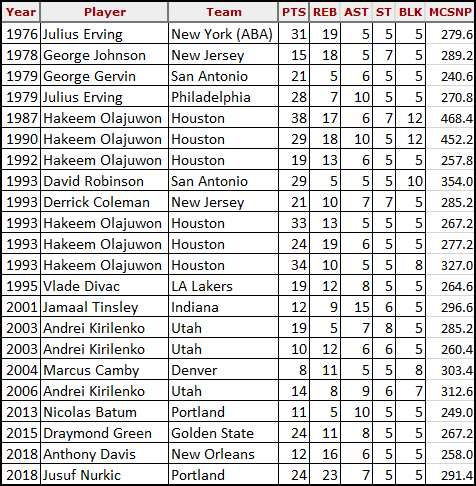 Look at all that statistical tastiness. Of course, that’s only five of our eight or nine fantasy categories, but I think it tells the tale of the impact of a fantasy game decently well once we consider scarcity. Congrats to Hakeem for essentially lapping the field.

I believe I mentioned this game last season, but no 5×5 homage would be complete without acknowledging Wilt Chamberlain in the pre-steals/blocks era (Bill Russell likely had more than a few of these games as well). According to a cool, unofficial game log that retroactively tracked Wilt’s blocks in games played before they were officially recorded, he had three quadruple-doubles, all in the playoffs. And this doesn’t even include steals. I’d wager that he probably hit at least five steals in at least one of them them, too. Maybe he had a 5×10? Anyway, I present to you… this:

On his way to an NBA Championship. And, definitely the champion of today’s contest if he had the five steals to qualify. 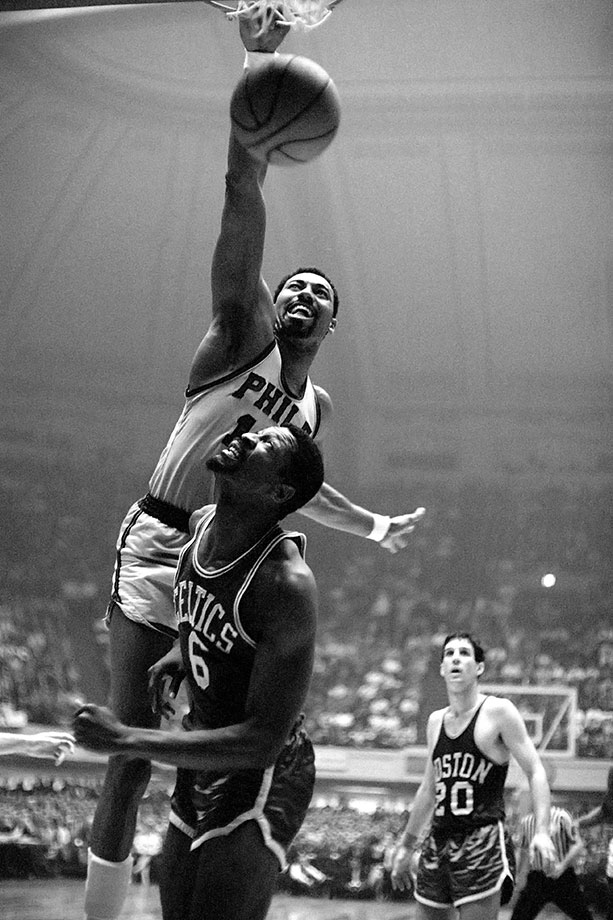