I went with 9-category per-game rankings by season (including player rater values). The player rater actually does a great job of adjusting for era, since it weighs the players’ stats against those of his contemporaries that season. So, league-wide changes like increased threes are accounted for. What’s nice in this exercise is that Jordan’s last season happened right before LeBron’s rookie year. So, for fun, I included the top fantasy player from each season since Jordan came into the league (with hair). I also had some fun (hey, I like fun) coloring the players with their team colors, so that’s why it looks like that. There sure was a good run of teams with purple and teal in there. Jordan even blocked out the main offenders from the 90s in that regard. Remember when the Spurs added pink and teal to their silver and black? Anyway, here we go: 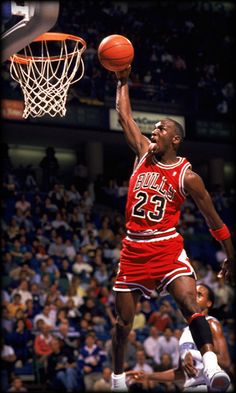 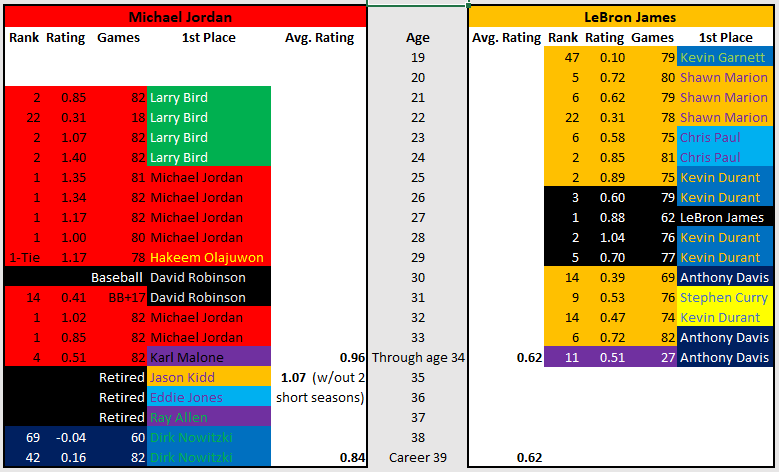 So, .84 to .62. That’s a decent one-number comparison, I guess. It weighs Jordan’s injury-shortened second season and his rounding-into-form baseball-shortened season too much. Plus, there are the Wizards years we prefer to forget. That’s why I provided the .96 (and 1.07) to .62 through age 34. We’ve also got Jordan with seven first-place finishes and three seconds. LeBron with one first and three seconds. I didn’t run the numbers on a free throw punt, but LeBron might be close to neck and neck with MJ in that scenario.

All of this, of course, ignores playoffs, which almost entirely trump all this regular season stuff in the real-life debate. Also interesting is that Jordan played in just 1251 games (1072 regular season + 179 playoff) while LeBron’s already played in 1409 games (1170 regular season + 239 playoff). LeBron will likely have played 50% more games than Jordan by the time he’s done. But… with no minor league baseball stats to speak of. 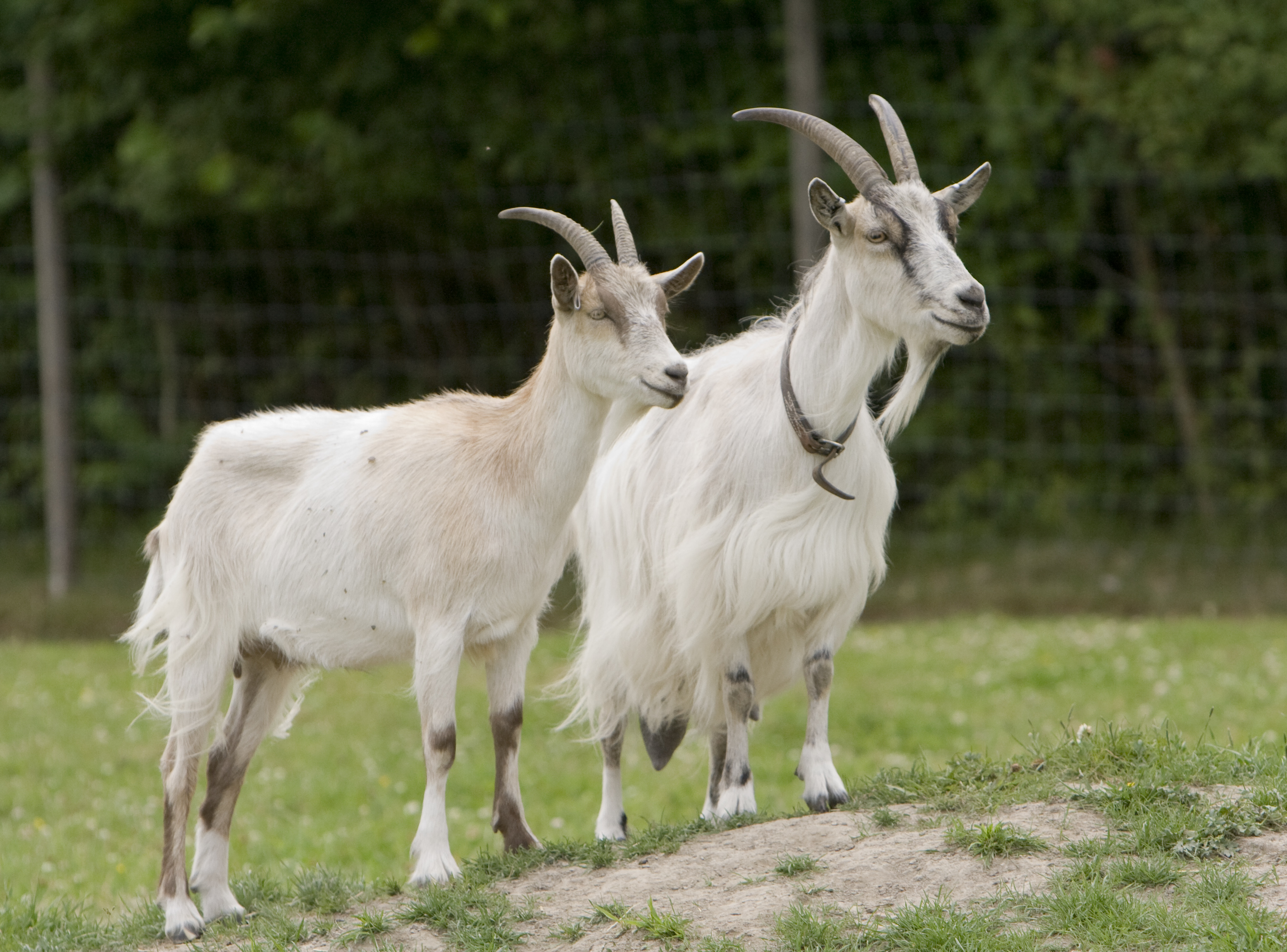 Cue the Wilt and Russell fans out there…

In keeping with last week’s theme of most extreme category performances, here are LeBron James’ and Michael Jordan’s best finishes in any one category per the historical player rater.