The concept of white noise is an interesting one. Using a common, almost subconscious, noise to block out the surrounding sound that may be disturbing. It can be used in many scenarios. My son needs a white noise machine to sleep soundly at night. I use it to pick up players that people forget about. How about a game of rapid fire? Name the Rockets point guard. Chris Paul is correct. Name the Thunder point guard. Russell Westbrook is correct. Name the Spurs point guard. Tony Parker is… wrong. So many people forget that Tony Parker is in Charlotte. You think I am joking. Ask the average fan, or the fantasy only basketball enthusiast and they may not realize that Derrick White has snuck into the starting role, returning after getting hurt prior to the season. Parker has been so irrelevant for fantasy purposes over the last few years that he is the forgotten man. Well he is now wearing Buzz City jerseys and backing up the Texas ranger that is Kemba Walker, and Derrick White is playing the Tony Parker role for Gregg Popovich. 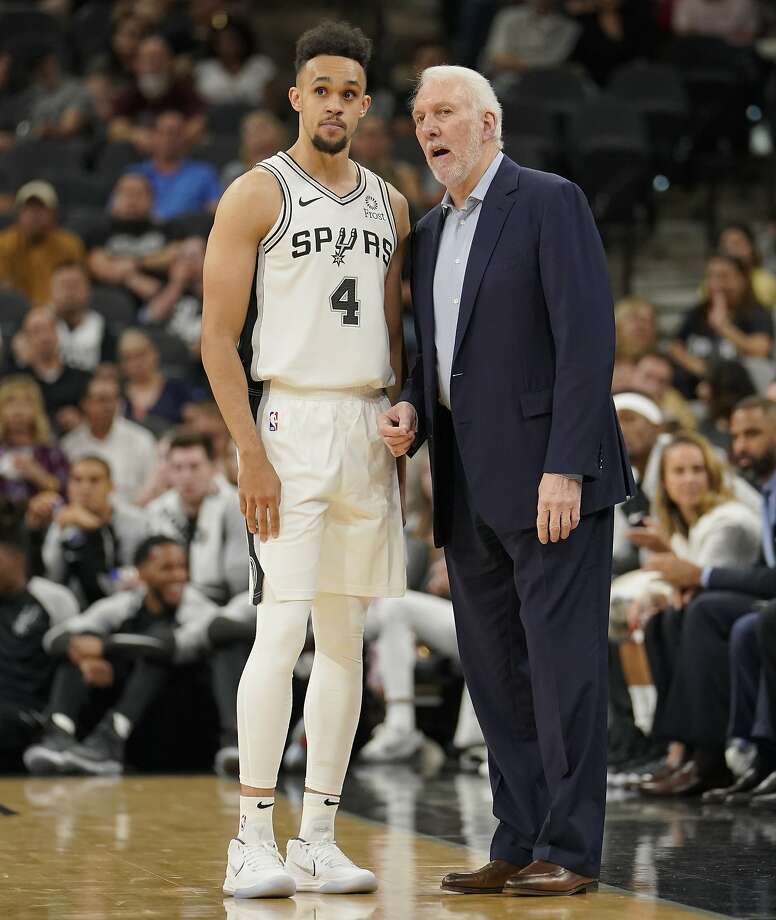 Dejounte Murray tore his ACL in the preseason and up came Derrick White as the next man up. White impressed in the summer and in the preseason and it seemed he could flourish with extended run. Plantar fasciitis kept White out of the lineup for the first month of the season. With Bryn Forbes filling in admirably, he seems to have carved a role out in this rotation, but White played 30 minutes in his second start of the season racking up assists, hitting threes, and saying on the record that he is confident in his shot. He could be the perfect mix for the Spurs and your fantasy team. If you just lost Caris LeVert to his terrifying injury, and if you haven’t seen it, do yourself a favor and don’t watch it, White could be a very good pickup in his place. Minutes are king, White is getting minutes, simple as that.