Injuries usually lead to opportunity. I believe the moniker amongst fantasy friends is “next man up”. Well, in certain situations, the next man up is an all-time great and needs to be considered for your fantasy liking. This week we are going to talk about someone who is most definitely beyond his glory days. See what I did there, all puns intended, and you will like it! Dwayne Wade has been on the cusp of retirement since he took to Instagram to save his wife from the eyes of Jimmy Butler. Never before has Wade taken to social media to make a stand, but when your career is going down faster than the Hindenburg, you do things to remain relevant. Going back to Miami was surely a  sanctioned retirement tour, and what we failed to remember was that retirement tours can bring out the best of players (see: Kobe Bryant‘s 60 Burger). Wade has been taking advantage of injuries to Goran Dragic and Tyler Johnson, and has been playing his best basketball of the season. Over his last four games he is averaging 21.5 points, 2.3 3PM, 3.5 REBs, 5.8 AST, and only 1.5 TOs over 29.5 minutes per game. Couple that with 46% from the field and 79.2% from the stripe and you have one of the top players in that time frame. If Wade has been rejuvenated, this could be scratching the surface of a useful season.

Now, you’re probably thinking, but Mel, no way Dwayne Wade plays a full season and provides fantasy value. Do you really believe what you’re saying? Well, we know he will sit out games to rest, we know he will get banged up, and we know he will likely come back down to earth, but what if he doesn’t? What if he holds up and plays the rest of the season at a high level? I’ll be honest, last year I took a dip in the Wade pool, and it was nice and warm for a while, the jets were doing their thing, making fantasy gold out of water, but then the wheels fell off, as expected. So I’ve been there. I have had the same thoughts as you, and I am here to tell you it will probably happen, but we all like to root for the feel good story, and this would be one for the record books. Everyone loves a feel good story from one of the best players to slip under the radar in modern history. We forget just how good Wade was in formidable years, before LeBron James and Chris Bosh joined the party. Shaq won with Miami, but even he credits Wade for bringing it home. I think Wade deserves one more ride on the sunset tours of Biscayne Bay, and it’s hard not to get emotional about baseball. Damn, wrong sport. I mean it’s hard not to root for the feel good story that Wade could provide us fantasy gamers this season. Enjoy the ride. 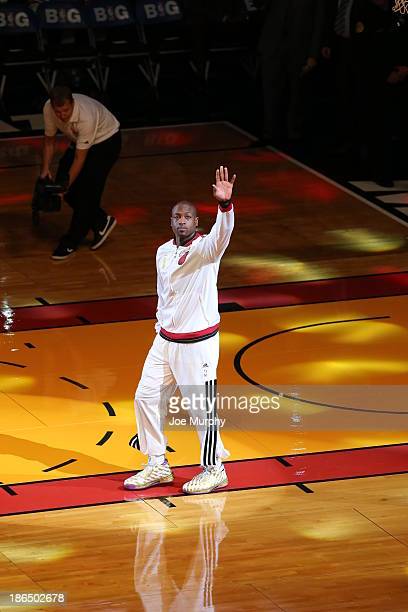