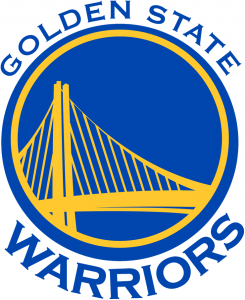 The defending champs are back for yet another year of dominance…Oh wait, they didn’t win last year. Sorry, I’m so used to it that in my mind they’re still somehow the champs, even though it’s really my precious Raptors. The NBA championship is up for grabs again, and for the first time in awhile the Warriors are not the heavy favorite to win the title. Some are even saying they may struggle to make the playoffs. Key pieces in Kevin Durant and Andre Iguodala left town, and Klay Thompson will be out for the majority of the season, leaving gaping holes in their starting line up. Newcomers D’Angelo Russell and Willie Cauley-Stein will look to step into the new system and fill some giant shoes. If Steph Curry can stay healthy, I expect the Warriors to be contenders yet again.

Steph Curry gets a huge boost this year with both Klay and Durant out of the picture, and should put up monster numbers. He has the ability to be the #1 player in fantasy and no one will be surprised if he achieves that this year. He is 31 going on 32, so the elevated age is definitely something to consider. He played 69 and 51 games in the past two seasons respectively, so you will have to take into account both his age and the new trend for load management. No doubt he is an elite talent when he plays, but he is a risky top 5 option. I wouldn’t blame anyone for picking him top 3, but there are safer options like Karl-Anthony Towns, James Harden, and Giannis Antetokoumpo to consider if you’re lucky enough to get a top pick. He should never slide out of the top 5, but he is one of the riskier options.

It was painful to watch Curry carry the load after losing both Klay and Durant last year against the Raptors. Someone else has to score, and I believe that D’Angelo Russell will not only be up for the task, but will exceed expectations. Despite playing for the Nets last year, who were in the bottom half of the league in offensive rating and assist percentage, he still managed to get career numbers. Russell now joins a Warriors team that was number one in both offensive ranking and assist percentage, and will play at a fast pace. Stever Kerr has a knack for getting the best out of players, so expect a monster year for Dlo. He’s the clear cut second option on the team and is well worth a third round pick in standard leagues.

Nothing to see here as it’s a toss up, with Alfonzo McKinnie likely to win the starting spot. He’s a good shooter and defender, which is exactly what the Warriors will need from him. McKinnie replaced Durant last season when he wasn’t available, so it’s likely that Kerr will have him be the starting SF. Glen Robinson III and Alec Burks should also get some consideration, but none of them will be worth owning in standard leagues.

I am sky high on Draymond Green, and he can be had in the middle of the 3rd round this year. Before the arrival of Durant, Draymond averaged 14/9/7 with almost 3 stocks. He even threw in 49% from the field just for fun. I do think he gets back to that, as the Warriors are hungry to prove themselves this year. They haven’t been the underdog in a long time, and this is when Dray is at his best. With Durant, Klay, Iggy, and Livingston out of the picture, Dray will be relied on to score more and make more plays. Expect his numbers to go back to the pre-Durant days, and pick him confidently anywhere after pick 25.

The position battle between Willie Caulie-Stein and Kevon Looney will be an interesting one to monitor, and I believe WCS will be the starting center on opening night. However, Steve Kerr has been singing the praises of Looney and he is expected to get more minutes. I’m not crazy about either of them until it becomes more clear, as it seems like they might be in a timeshare situation. Both can be had after the 100th pick, so they should be worth a flier if you need a big man late. I know I’m against the majority on this one, but I’d prefer WCS over Looney. I think playing for Steve Kerr in the Warriors’ system will work wonders for him.

Would you pick D’Angelo Russell or Mike Conley for 9 cat Roto?

Tough choice! I like them both a lot this year. I have Dlo on several teams so I hope he pans out. For roto I’d give the edge to Conley though. I think Dlo will explode and have some huge games play for the Warriors, but Conley is just consistent and helps you in a lot of cats. His volume fts and low Tos stick out to me as a big plus.

I’d be happy with either but I think Conley is the preferred choice in roto.