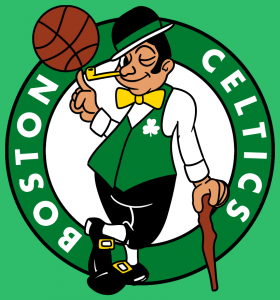 The Celtics have enjoyed four straight winning seasons, with the trend likely continuing this season despite losing several key pieces. Kyrie Irving, Al Horford, Terry Rozier, and Marcus Morris all bolted for greener pastures. These may seem like devastating losses, but opportunities are now present for young guns Jaylen Brown and Jayson Tatum to step up and take their games to the next level. Gordon Hayward is another year removed from his gruesome injury and should be a bounce back candidate. Oh, and the additions of Kemba Walker and Enes Kanter don’t hurt either. The Celts did some addition by subtraction, and are primed to challenge for the Eastern Conference title yet again.

With both Kyrie and Rozier leaving town, the PG picture is crystal clear now and Kemba Walker is the new alpha dog in town. He should step in and immediately be their leading scorer. Brad Stevens has a habit of bringing out the best in people, so I expect Kemba to take a step forward this year. There are definitely usage concerns, as Boston has more depth and mouths to feed. However, Kemba is the clear #1 option and will produce at an elite level. Having strong finishers around him will help increase his assist numbers and efficiency. You can look his way after the turn, and expect a career year from him.

Another beneficiary this year will be Marcus Smart, who finished 51st overall last year in 9-cat leagues despite only playing 27 minutes a game. With both Kyrie and Rozier gone, look for Smart to get a minutes increase this year since he can play both the 1 and 2 guard spots. His ADP is still close to the 100 mark right now, so there is definitely a lot of value of to be had. Smart will be a great value on draft day this year.

Jaylen Brown broke out a few seasons ago in the playoffs, and helped lead the Celtics to the Eastern Conference finals before finally falling to King James. It was a coming out party for the young gun and the expectations were high last year. Unfortunately, with everyone back, Brown was barely worth owning in standard fantasy leagues. He’s going to have a lot of ground to gain this year if he’s to be fantasy-relevant again. Even in the best of times, his numbers are eerily similar to that of Andrew Wiggins, with low FG and awful FT shooting. He’s worth a flier later in your draft to see if he can take a leap forward this year, and you should be able to get him very late if you want him.

Gordon Hayward proved last year that Paul George is super human, by showing that normal human beings can’t just recover from having bones sticking out of their legs. However, he is yet another year removed from his injury, and early reports are that he is back to his All-Star form. If this is anywhere near true, then Hayward should be a nice draft day bargain, as he usually goes in rounds 7-8 in competitive leagues. At his best, he is a multi-cat contributor and is a favorite of Brad Stevens, so look for him to get every opportunity to get himself back in the mix. If you can get him after round 7, don’t be afraid to pounce!

By his standards, Jayson Tatum had a fairly disappointing year, even though he did finish the year as the 40th overall player in standard 9-cat leagues. This year, his ADP has dropped into the 50s, which makes him a value pick. With Kyrie and Horford gone, Tatum will need to fill the void and increase his contributions to the team. He is super efficient and should see a nice scoring increase this year to go with his usual roto-friendly goodness. His stats won’t jump off the page, but I can see him finishing top 25 this year. His ADP is currently well below that mark, so grab him if you can. In the early drafts, I have noticed that people aren’t as high on him as they were last year, so you should be able to get him in the 5th round.

Enes Kanter finally gets a clear path to playing time, although I have a feeling he will manage to somehow find his way to getting benched. At his peak, Kanter is a double-double machine and top 40 player. He has elite efficiency and great free throw percentage for a big. He even had a small uptick in steals and blocks last March and April, so there is hope that he can improve on those numbers with added playing time. He has very little competition at the 5, so the starting position is his to lose. Unless he goes on another pizza-eating binge, Kanter should be in a for a career year. If anyone can get through to him and improve his consistency, it’s Brad Stevens. He is going around the round 7 mark in early drafts, which is a nice value.

As you can see, I am in love with Celtics players this year, as they will be a fantasy gold mine. Be aware though that the Celtics don’t have the best fantasy playoffs schedule, and they may be resting their players a lot down the stretch. Brad Stevens is not shy to rest his guys, so keep this in mind as you draft.