Sing the below to the tune in the video:

“And then a Herro comes along. With the tres to carry on. And you cast your fears aside. And you know you can survive. So when you feel like hope is gone. Click your team and be strong. And you’ll finally see the truth. That a Herro’s all you need.”

Tyler Herro, the 19-year-old, 13th overall pick in the 2019 NBA draft of the Miami Heat, and yet another player who John Calipari wasted at Kentucky, has been strong. Is the truth. And is all that we need. Ok, the last part is hyperbole, but he’s been very good since the Summer League. With Jimmy Butler missing the first three games of the season, Herro played 34, 32, and 35 minutes and scored 14, 14, and 8 points respectively. He also grabbed some boards and contributed some steals. Butler returned to the lineup last night, yet Herro had his most productive game to date in 29 minutes off the bench:

The 16 free throw attempts were likely an outlier, so don’t construct the shrine yet, but Herro has proven that he belongs and can be a source of points and tres.

Made his debut and Butler showed that he is still the man of the house, not hired help. Beep. Boop. Bop. Speaking of hired help, the Stocktonator will assist you in Project Domination for your fantasy leagues. Back to our regular scheduled programming. Butler didn’t rush and was able to get his shot when needed. The usage rate last night was 26.9. He’s a bully of a man, so the free throw attempts are more legitimate than Herro’s. With that said, 15 attempts won’t happen every night, but Butler was 22nd in the league last season with 5.68 attempts per game.

BAM! Look over there. BAM! Turn around. BAM! BAM! The usage rate was only 16.9, yet BAM! says BAM! to usage rate. Across-the-board production is what BAM! provides and the breakout train has left the station. Normal trains go choo choo. This train shouts BAM! BAM! BAM! as it screams down the track.

Played 30 minutes off the bench. He’s the leader of the second unit and the return of Jimmy Butler did not affect his usage or playing time. He will be a nice source of points, tres, and dimes.

Played 18 minutes off the bench. As women will tell you, achieving the big O is difficult and doesn’t always happen. As it is with Kelly O. When his shot isn’t falling, it’s nooooooooooo.

Without Trae, Collins is the alpha on offense and should see a bump in usage, although the offense will be vastly different without its playmaker and could stagate. Collins was hovering in the 20 range for usage with Trae on the court, but that number spiked to 23.9 last night. Collins can score from every level of the court and will grab boards. What’s really been eye-opening this season has been the contributions in stocks. If that continues, we are looking at a top 25 player and Phil would be proud.

Returned from injury, got the start, but only played 14 minutes. Powell will provide boards, blocks, and some tres when he gets ramped up and receives more run.

The shooting efficiency from the field and line is the bugaboo in Luka’s game. The upside though is trip-dubs, so you take the bad with the good. Denver is tied for 7th in defensive efficiency so don’t fret too much. With that said, he hit the game winner!!! Luka!!!!

Wicky, wicky, wicky, wick…..DJ Son spinning the record back….Denver is tied for 7th in defensive efficiency so don’t fret too much. If that doesn’t look familiar to you, then…..

Got the start and played 25 minutes. ‘Twas probably a matchup thing, so don’t get too excited. Curry is a sniper from deep. 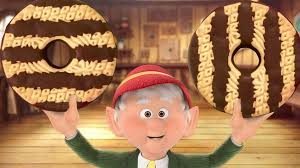 I’m hungry. Anyways, I like Kleber because he’s a big who provides blocks and tres. He played 30 minutes last night, but as Powell gets more run, the minutes could decrease for Kleber. Boo hoo.

Led the Nuggets in points and shot attempts. He was beasting down low but the lack of periphery stats is surprising. Millsap is usually an across-the-board contributor.

Get him on the court and he’s trouble. Last night, messed around and got a triple double. Unfortunately, the Nuggets lost 106-109, so it was not a good day.

Example #3452346256247427647 why we shouldn’t overreact over one game. Barton led the Nuggets with 37 minutes and this is what he can do. Yes, he’s inconsistent but the coaching staff loves him for his defensive versatility so the minutes are relatively secure.

B. C. is Before Christ. A. D. is Anno Domini, which translates to “in the year of the Lord.” Jesus could turn water into wine and walk on water, but did Jesus ever go 40/12 in a basketball game? Things that make you go hmmmmm. AD was the first Laker since ’03 Shaq to go 40 and 12. There’s only been one other player in the history of the NBA to go 40 and 20 with at least 25 free throw makes: Wilt Chamberlain. Amazing. AD has the highest ceiling of any fantasy player out there. It’s all about injury with him, and he was having issues with his right shoulder last night. Something to be anxious about.

Played 18 minutes because……foul trouble!!! What else is new?

Played 23 minutes, a season high. JV is a dub-dub machine. Too bad he doesn’t get more run.