For about two and half quarters in last night’s TNT showcase of the Lakeshow in MSG, it looked like we were in store for yet another Tuesday night disappointment (seriously, how bad have these national games been lately?). No LeBron, an under-the-weather Anthony Davis, and some ghastly shooting from the rest of the roster (LA shot 37.4% as a team) allowed the Knicks to amass a huge lead in front of the home crowd. How ugly was it? The Lakers never led, only drew even twice, and the Garden was rocking and bing-bonging through for most of the evening. Despite the dire straights, this is a Laker group with championship aspirations, so they got off the mat and competed in the second half. Though it was in a losing effort, Russell Westbook tried his best to make a game of it.

The triple-double is so routine for Westy that the feat on its own doesn’t necessitate lede consideration. Three triples, 55% shooting from the field, and an almost-perfect night from the line though? Yeah, that’s enough to put him in the top spot on a slow night across the Association. The usage for Russ was predictably high without the suspended LeBron James and a visibly sluggish AD. Westbrook’s efforts weren’t enough to secure the win, as the Lakers fell behind early (as they did in Detroit a few nights ago) and then ran out of gas trying to get out of the hole. Still, if you’re rostering Westbook, le bon temps roule.

Here’s what else I saw in the NBA on the eve of the busiest travel day of the year.

Considered Herro’s 30-piece for the lede, but the lack of defensive stats and Westy’s 30-rack triple-double pushed him off the pedestal. Herro has been a bucket all season, providing more scoring value than Damian Lillard and James Harden, and better three-point value than Luka Doncic and either Ball brother. On the other hand, Herro has yet to record a blocked shot this year and has only nabbed 10 steals. It’s hard to see the shooting and scoring numbers getting much better, so this is probably the ceiling.

Samesies! Even down to the crummy field goal percentage and loose handle.

Seemingly a game-time decision more often than not these days, Bam suited up and turned in a passable line. The top-20 guy of old is nowhere in sight, as the assist numbers have taken a nose-dive and the defensive stats have dried up. Kyle Lowry’s arrival explains the former, but I don’t have any theories about the latter.

Saddiq Bey was the only other Piston starter to reach double figures in another grimy loss for Detroit. On the season, the Pistons are shooting 41% as a team, good enough for [scrolls…continues scrolling…a little farther now] 29th place! Grant is the only player on the roster in the top-100, though Cade Cunningham is trending up. Corey Joseph had a decent night, but I couldn’t bring myself to write up a 9/2/9/3 line. Hey, look at that. I guess I could.

If I knew that AD was going to cough up this clunker on Tuesday, I would have considered moving his much better effort into Monday’s lede. I also would have made some savvy wagers a la Biff in Back to the Future pt. II. Davis was battling a non-Covid illness, and it turns out he’s extremely contagious. Five of eleven from the stripe have got my head in the toilet and praying to the porcelain god.

Seeing a lot of minutes, but it’s still a no for me. 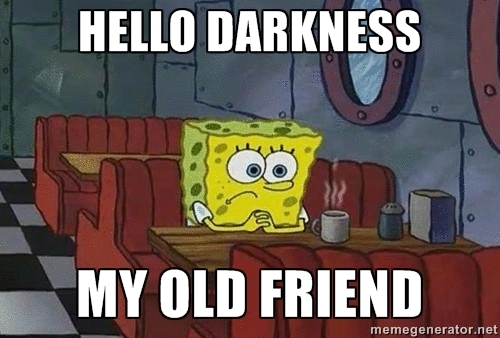 It’s like they’re doing the Lowry/Butler samesies thing but worse.

He’s back! Fine, that might be premature, but it is the second good outing in three nights. Considering the skid Fournier had been on previously, this is certainly a welcome development. He’s been in Thibs’ good graces earlier, and there’s a heavy workload with his name on it assuming he can get it rolling again. Don’t Google has been turning up on some wavier wires. If there’s another game like this one, expect that trend to change.

We’ve seen more efficient scoring in the past, but the 16 boards are a season-high. The three-point stroke (1/5 on Tuesday) is still out to lunch.

Playing without Jokic, Murray, Porter Jr. will do strange things to usage rates. Green is seeing a lot of time for this banged-up Nuggets group, but he’s not an add I would feel terribly comfortable with. Denver only plays one more game this week, so it’s hard to like him even as a streamer.

Not exactly the 39-point effort from a few nights ago, but this is now the second game in a row with five triples. Lillard still isn’t getting to the line a ton, but against the short-handed Nuggets and with CJ busting loose, tonight was more chill time than Dame Time.

You don’t normally get the full boat from Norm, but he stuffed the stat sheet last night. Every counting stat is slightly down from last year, but the efficiency has improved. The net result is a player with top-90 numbers instead of last year’s top-75, though there’s plenty of time to goose that number up a bit.

That’s back-to-back games with three swats, and after Tuesday night’s contributions, he’s up to 11 rejections in the last four contests. Top-15 player over the last week, which helps counterbalance the slow start he once again suffered through earlier this season. Cov is cooking!

He has risen! HalleLuka! Doncic had been sidelined for the last four contests with some lower leg issues, but that didn’t stop him from amassing 40+ minutes in this OT affair. The turnovers are the only blemish on an otherwise robust return.

Luka’s return did nothing to slow down the Porzingod. KP is as locked in offensively as he’s ever been, but it’s the uptick in defensive stats (2.3 combined steals+blocks) that have him rocketing up the player rater. The Unicorn is a top-10 player in fantasy on the season, and only trails Steph Curry’s output over the last two weeks.

In 49 minutes! The point total is the high watermark on the season, and the rest of the box score is right in line with DFS’s season averages. Finney-Smith is once again lurking outside of the top-110, but he chips in the defensive stats and plays 30+ minutes on a fairly consistent basis. The output will never win you a week, but he’s a serviceable, last guy on the roster kind of player.

Hit a game-tying triple that left his hand with 0.1 seconds left on the clock, which was admittedly pretty cool. The Clippers couldn’t keep up with the Mavs in OT, so PG’s efforts in 48 minutes are all for naught. Unless you play fantasy basketball, then they still count, of course.

The bounce-back is in full effect. The scoring and rebounding numbers were both season-highs, and we’ve seen RJax get hot in the past. A lot of value comes from his 3.1 triples per game, so there will be ebbs and flows over the course of the season. The hot shooting is a fun watch, so hopefully, he can keep it rolling.