Welcome to draft season Razzball Nation. This week, I present the results of an industry mock draft in which I was fortunate enough to get some great basketball minds to kindly offer their time to bring you some extra research material for your dynasty leagues.

After years of being a superstar-dominated team, Miami now has a plethora of good players with potential. Bucking the trend of Go Big or Rebuild, maestro Pat Riley and his protege head coach Eric Spoelstra seem perfectly content running it back with what they have; a good but not great squad that can be willed to elite status with leadership, coaching, and some luck. Being underrated like the Garfield Halloween Special can be a good thing. The lack of big name talent leaves Miami as the forgotten team. In a wide-open East anything can happen and, while Miami is not expected to crack the top 4, they have as good a chance as any to grab one of the remaining playoff spots and potentially advance in the playoffs. Also, keep in mind that Riley is very much in the hunt for Minnesota Timberwolves Jimmy Butler. Adding Butler to the equation would catapult Miami into the upper echelons of the East.

Ever seen the video that shows 30 hornets killing 30,000 bees? If not, here you go. I’m always fascinated and mesmerized by that video, which is the opposite of when I think about the Charlotte Hornets. Maybe we should call them the Charlotte Honey Bees. Since the team’s inception in 1988, the Bobcats/Hornets have had three 50-win seasons (10%), nine 40-win seasons (32%), and three seasons with less than 20 wins (10%). In 2011, the Hornets won a whopping seven games, which puts them in the pantheon of winning percentage futility. I know I’m being harsh, but I just watched hornets killing bees for the past 20 minutes. I’m amped and expect more! There is hope, though. James Borrego is the new coach and the team has an infusion of young talent. This could be an exciting year for the franchise.

Deja vu much? Maybe so. As I said in the Celtics preview, one game away. That’s how close I was to being right in predicting the Celtics and Rockets in the finals and basking in that glory. The Rockets, in my opinion, had the best shot at beating the Warriors last year, and I think we will see them in the Western Conference finals once more. This time going the distance and winning the championship. This is a fantasy-friendly site and fantasy-based article, so I can leave my hot takes at the door, but I think the Rockets got better with their additions, and I look forward to watching their success this coming year.

Not one. Not two. But three, as in this will be LeBron James’ third and most likely final team he plays for. From a macro sense, the three questions that pervade my mind are: 1) Can LeBron join Robert Horry and John Salley as the only players in NBA history to win championships with three teams? 2) Can LeBron do enough in LA to join West, Chamberlain, Baylor, Abdul-Jabbar, Johnson, Worthy, Goodrich, Wilkes, O’Neal, and Bryant x2 on the walls of Staples Center? 3) Can LeBron and Jr. become the first father/son combo to play in the NBA at the same time? LeBron. LeBron. LeBron. Blah. Blah. Blah. This is a Lakers team preview, but you know what? Everything revolves around LeBron. Don’t believe me? It’s been five years since the Lakers made the playoffs. Here are the win totals during that span: 35, 26, 17, 21, and 27. With the acquisition of LeBron, the Lakers are now 10/1 to win the championship! And 6/1 to win the Western Conference! The projected season win total ranges from 48-50.5, depending on which book you look at. Welcome to LA, LeBron!

On this week’s pod, Brent, Craig, and Son hit on a wide array of topics.  Among the notables are Jimmy Butler and his trade requests, players that each member thinks will be a bust for this fantasy basketball season, the fast tempo of the Sacramento Kings, and position battles in training camps throughout the NBA.  All of that and more on the latest edition of the Razzball Basketball Podcast! 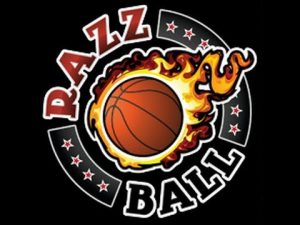 We at Razzball Basketball love statistics, so when we discovered that 65% of people are visual learners, we launched a channel on YouTube (I am assuming you have heard of it), with the creative name of: Razzball Fantasy Basketball.

The channel has our weekly podcasts with added videos, memes, and stats to go along with our sultry, soothing voices. There will also be regular video breakdowns of our rankings and articles, as well as fantasy updates to keep you ahead of the pack all season long. Example: The Next Victor Oladipo