There are many things in society that have an age restriction. Smoking, voting, driving, drinking, running for office, and military service. Beneficial for all. Age restriction to play in the NBA? Redonkulous. Outside of making money for the NCAA, what other reasons are there? The only one I’ve seen that makes any sense is the […]

As much as I love football and baseball, there’s just something about basketball. On a practical level, you can always find a game somewhere in the neighborhood. If you can’t, you can shoot hoops by yourself. Football? It’s doable but not as fun. Baseball? Not unless you’re the Flash.

The flow is so much better in hoops, although time outs and free throws muck it up. That’s one thing I really appreciate with soccer. The flow is just fabulous in that game. Like a dance. Anyways, as long as the game is being played, there’s usually constant movement. Usually being the key word there, as there are some definite black holes in the game which can freeze time and space.

The combination of movement and creativity is second-to-none. Barry Sanders made my jaw drop on the football field, but there’s only so much one can with the football. A stiff arm here and there, but mostly it’s hold the ball high and tight. Baseball? Uh, yeah. Some of the players in the NBA move like Sanders while dribbling a basketball at the same time.

Ultimately, though, I think what makes basketball great is the depth of interaction that each player has with his opponent. In baseball, it’s primarily a battle between pitcher vs hitter. In football, it’s the offense vs defense. In basketball, players have to play both ends of the floor. As a result, trash talking means more because…well, they actually talk to each other.

If a player dunks on someone, the embarassed player theoretically has the opportunity to come back and return the favor. Now, there are questions of whether that player can dunk at all, but that’s a little thing we call semantics.

In baseball, if a pitcher hits a batter, the plunked can either walk to first or charge the mound and fight. He cannot pick up the ball and have the plunker bat so he can be the plunkee. In football, if a cornerback intercepts a pass thrown by a quarterback, the quarterback will never have an opportunity to return the favor.

The great thing about the NBA is that they take full advantage. They market their stars and personalities. Breaking ankles, not literally of course, and dunking on heads is celebrated. Rivalries and rifts are milked. There’s a reason Spike Lee was utilized for MyCareer in NBA 2K16. The fact that mode was terrible is irrelevant. The NBA and social media are a match made in heaven.

Throughout history, and in all facets of life, evolution happens whether we want to believe it or not. If you were a small caveman or woman, you did not go out and try to kill a wild animal. You picked berries or cooked. Nothing sexist about it. The logical thing was to let the bigger and stronger entity hunt, which unfortunately provided a generalization for future bigots. Over time, the development of our brains neutered the size difference and allowed us to change how we interacted with the world. We did get bigger and stronger physically, but we are now not so tied to specific roles like hunter/gatherer and cooker.

I grew up listening to KDAY AM 1580, so I will always have an affinity for West Coast rap. After moving to New York for college and work, I garnered an appreciation of what the East Coast had to offer. To this day, The Notorious B.I.G. remains my favorite. So, it tickled my spine when Michael Gallagher of Rotoworld (@MikeSGallagher) wrote this blurb on Caleb “Biggie” Swanigan over the weekend:

“They don’t call him Biggie for nothing and he’s been unbelievable lately. Swanigan has a story to tell for his tough childhood and weight problems, but sometimes his boards will hypnotize you, especially today when he had at least three boards over three Spurs. It hasn’t been an everyday struggle for Swanigan in Las Vegas and you would think the sky is the limit based on how much he’s dominated in the paint while adding some shooting touch. He’ll still have to earn his minutes, but Swanigan’s style of play could lead to some juicy stat lines”

So good. If you are not following Mike, I highly recommend that you do. I mean, the guy calls himself a “herb” for watching Summer League games on his day off. Man, I haven’t heard someone use “herb” in a long time. Plus, that’s love for the game.

Summer is here and our three favorite B’s are back. Not Big Baller Brand, but Bikinis, BBQs, and Basketball. The NBA Summer League commenced on July 1, so I’m going to highlight some of the guys that balled out in this edition of The Abode. Here’s a little tune to get us going:

Before I start, Slim and I are working on projections and rankings. We should start pumping out some serious content around August. In the meantime, I’ll post random thoughts in The Abode every Monday and Craig B has been churning out his Dynasty Deep Dive articles every Saturday, so check those out. If you or anyone you know would like to write for Razzball hoops, email me at [email protected] 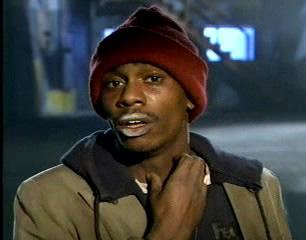 Wow. What a riveting week for basketball fans. And not a single game was played! It harkened me back to the days of drafting on the PS2, then sitting back and simming the season. Then making my big board for the incoming rookies. Then drafting, with a bite of pizza here and a sip of Coke there. I would zone out for hours, enthralled by the team building process. And that’s what makes the NBA Draft so great. The new crop of players are entering the league and the general managers are filling in the pieces of the puzzle. Hope and optimism pervade fan bases across the country. Sorry Bulls fans. I didn’t mean you. Which segues nicely to my first rant…

How the flying F does Jimmy Butler get traded for Zach LaVine, Kris Dunn, and the No. 7 pick (Lauri Markkanen)? AND the Bulls threw in the No. 16 pick (Justin Patton). The only explanation I can come up with is that Tom Thibodeau has a suitcase worth of “things” that he’s been waiting for the proper moment to utilize. I believe I’ve just figured out what’s in the Pulp Fiction briefcase. Remember, back in 2015, the Bulls kicked Thibs to the curb in a rather unceremonious way. Finally, Thibs got his revenge. I mean, what other possible explanation could there be? LaVine is an explosive athlete, but he tore his ACL last season. Kris Dunn….I think this tweet explains it all:

I’m so sad the season is officially over.

I’m still amped from the Finals. KD, Steph, Lebron, and Kyrie all balled the F out.

As I’m writing this….

It’s been reported that the Celtics will be trading the No. 1 pick to the Philadelphia 76ers for the rights to Markelle Fultz. Wow.

I love Fultz. The consensus has him in a tier by himself for this year’s draft. 6′ 4″ 195 pounds. Can shoot. Can finish. Can break a defender down with his handles. Condor-like wingspan with the hops of a flea. Just go watch the tape.

Welcome back to The Abode.

Warriors/Cavs III in the 2017 NBA Finals has been such a fun and entertaining series. GS annihilated the Lebrons the first two games, which was akin to a dog strolling into the park and pissing all over the place.